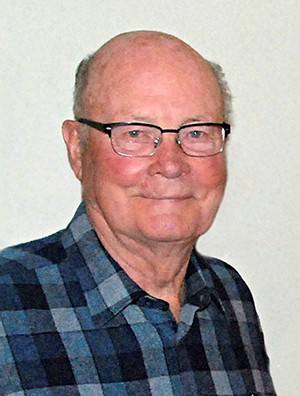 It is with deep sadness that we announce the passing of Robert Earl Osborne on March 28, 2020 at the age of 91. Mourning his loss are his wife Marion, her family, and Earl’s six children: Kathryn (John Mounstephen), Steven (Linda), Janice (Frank Stokman), John (Susan), Vern (Ornella), and Shirley (Rudy Fiebiger), and sister-in-law Margaret Osborne. He will be missed by his grandchildren Ryan (Corryn) Mounstephen, Blake (Nadia) Mounstephen, Stacey (Mike Duffield), Jennifer (Gray Mackenzie), Adam Osborne (Sarah), Jessica (Jae Fortier), Deirdre (Scott Maidens), Caitrin (Stephen Le Roux), Brie (Alex Lam), Courtland Osborne (Katie), Spencer Osborne, Alex Osborne (Jess Taylor), Natalie and Alaina Osborne, Matthew (Cindy) Fiebiger, Andrew (Jacq) Fiebiger, and 26 great grandchildren. Earl is predeceased by his beloved first wife, Barbara Ann, parents Russell and Elizabeth, brother Carman, and dearly loved grandson, Michael Fiebiger. Robert Earl Osborne was born on June 24, 1928 and grew up in Ripley, Ontario, moving with his family to a farm just outside of Guelph as a young man. He met and married the first love of his life, Barbara Ann (Radford), and together they raised six children and operated a master breeder herd dairy farm. Together, they hosted local and international visitors and travelled extensively when Earl served as President of Holstein Canada. Earl was invited to share his knowledge in China, South America, Mexico, the U.S, Europe, and Canada. He served for several years as an official judge for Holstein Canada and served on various milk committees for Wellington County and the Dairy Farmers of Ontario. He enjoyed friendships in the tractor-pulling circuit and volunteered at local agricultural fairs. Earl was a devoted member of the Stone United Church where he served as an elder and sang in the choir for many years. Earl and Barbara had a wide circle of friends and were known as gracious hosts, devoted parents and active members of their farming and local community in Eramosa township. After Barbara’s untimely death in 1994, Earl was blessed to find happiness again with the second love of his life Marion (Neilson nee Leslie), whom he married in 1996. Earl and his children welcomed Marion and her three daughters Cynthia (Greg Howell), Marilyn (Stephen Boehm), the late Joyce, grandchildren Lauren (Evan), Rae Brynn (Jonathan), Emily (Ben), Hannah (Kurtis), Eric, Jessie, and one great grandson with open arms into the newly blended family, who will miss him dearly. Earl was very proud of his family. His legacy will live on in their memories. Arrangements entrusted to the Wall-Custance Funeral Home & Chapel, 519-822-0051 or wallcustance.com. Owing to the pandemic, Earl will be interred in a private service at Woodlawn Cemetery, a celebration of life will be held at a later date. As expressions of sympathy, donations can be made to a charity of your choice.