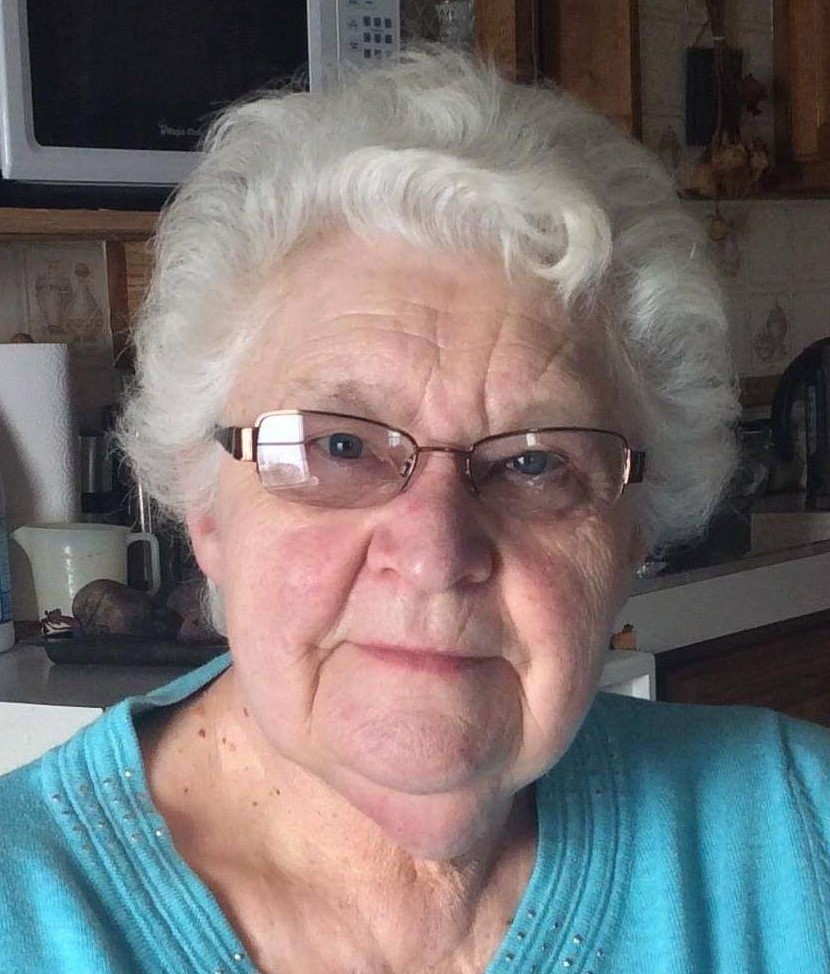 Of Harriston, passed away at Palmerston & District Hospital on Friday, August 30, 2019, Vera Viola (Savage) Norris, in her 80th year. Wife of the late William Norris, and the late Jack Young. Mother of Allen Young and his wife Maryanne of Cambridge, Patricia LaVoie of London, David Norris and Christine Hays of Wingham, and Ivan Norris and Melodie Martin of Harriston. Grandmother of Melissa and Dan Cowell, Lyneia and Jamie Hovius, Carlos Ramos, Phillip Ramos, Sabrina Ramos, Yvonne Young, Dalton Young and Ivy Norris. Great-grandmother of Nina Cudmore, Kyra Cudmore, Layla Cudmore, Tricia Cudmore, Eden Cowell, Roman Cowell, and Emmett Hovius. Sister of Harry and Betty Savage, and Bruce and Darlene Savage, and sister-in-law Ruth Anne Savage, all of Harriston, James and Agnes Norris of Minto, Fern and Jerry Witmer of Chilliwack, B.C., Len and Linda Norris of Listowel, and Ken and Grace Young of St. Mary’s. Predeceased by her son Earl Norris, her grandson Jason Young, her brother Howard Savage, and by her parents Wilfred and Effie (Mighton) Savage. Visitation was held at the Hardy-Lee Funeral Home, Harriston on Tuesday, September 3rd from 2:00 to 4:00 and 7:00 to 9:00pm. The funeral service will be held at Palmerston Evangelical Missionary Church on Wednesday, September 4th at 11:00am. Interment in Harriston Cemetery. Memorial donations to Palmerston Evangelical Missionary Church would be appreciated. Online condolences may be left at www.hardyleefuneralhome.com