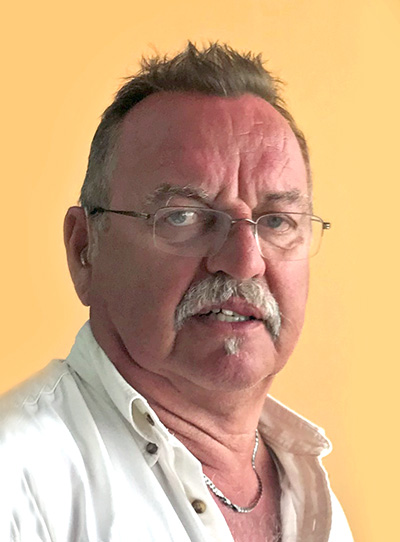 Sadly and unexpectedly at the Louise Marshall Hospital on Monday, October 12th, 2020 in his 67th year. Beloved spouse of Judy Brownell. Dear father of Candice (Stephen), Lucas and Taylor Nikolasevic, and step-father of Craig (Lee) Ellis and Mitch (Sarah) Malott. Loving grandfather of Madden, Lochlan, Leo, Logan, Emmy and Mason. Survived by his brothers Wally (Marie) Nikolasevic, Jerry Nikolasevic, sister Anna Nikolasevic, sisters-in-law Anna Nikolasevic and Vi (Joe) Ross. Dearly missed by Norm (Mary Jo) Brownell, Jim (Lynn) Brownell and Kathy (Roger) Steckly. Remembered by his nieces and nephews, extended family and friends. Predeceased by his parents Ivan and Maria (Trpka) Nikolasevic, brothers Stefan, Andrey and John, and by his nephew Colton Nikolasevic. Paul was born March 30, 1954 in Yugoslavia and immigrated to Canada in 1959. He retired in 2014 after 27 years as an electrician for Blount in Guelph, ON. Paul enjoyed entertaining family and friends, gardening, cooking and travel. A private service was held with interment at Memory Gardens Cemetery, Breslau. Many thanks to the staff at the Louise Marshall Hospital and special mention to Dr. Weinstein for her support and counsel. Those wishing to make a donation in memory of Paul are asked to consider the Louise Marshall Hospital Foundation. Arrangements entrusted to the England Funeral Home, Mount Forest.