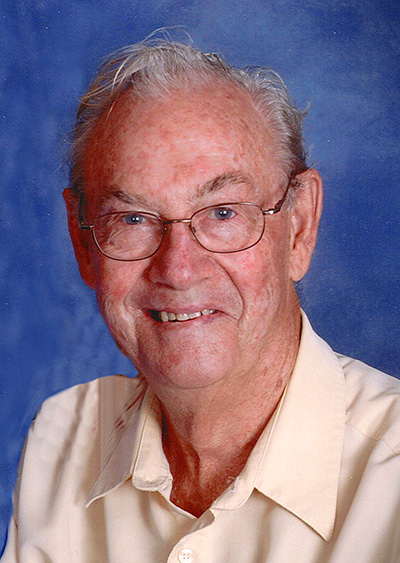 Stepped peacefully into Heaven on October 12th at the age of 89. Dorothy Ruth (Knox), his beloved wife of 66 years, was by his side in his final moments.  Survived by his younger brother Conrad (Connie) Milne of Las Cruces, NM. Esteemed father of Rick (Jennifer), Lyndon (Julie), Laurie (Peter) Valeriote, Randy (Lisa) and Darryl (Carrie-Anne). Poppa of Chad (Errin), Tara (Mark) Sylvester, Jade (Brett) Smith, Jordan (Sarah) Valeriote, Brittany (Luke) Donnelly, Brody, Leighton (Kathryn), Jay, Halle, Blake, Tya and Jessica. Great-Poppa to Kingston, Bentley, Roman, Jacob, Oaklyn and Griffin. Jim was born in Regina, Saskatchewan and grew up in Elora and Guelph. “Butch” spent his youth swan-diving into the Elora Quarry, and causing mischief with his friends. An exceptional multi-sport athlete, and a member of the 1949 Ontario Championship Junior baseball team honoured in the Guelph Sports Hall of Fame. Jim chose teaching as his vocation and eventually became the head of the Business department at John F. Ross, C.V.I., teaching for 32 years. He will be remembered for his many years of coaching basketball and being a faithful fan in arenas, gyms and fields, watching his children and grandchildren’s many games. Known as “Jimmisax”, he loved sharing his gift of music and magic in many retirement homes and churches throughout Ontario and Florida, with his faithful assistant Dot by his side. He believed he had a stealth ability to sneak desserts, especially chocolate. For his family, he leaves an incredible legacy: his strong faith, his love for family and the laughter that comes in sharing his stories. A private funeral service will be held. Arrangements entrusted to the Wall-Custance Funeral Home & Chapel. Memorial contributions to Samaritan’s Purse, Hope and Healing Canada or a charity of your choice would be appreciated.