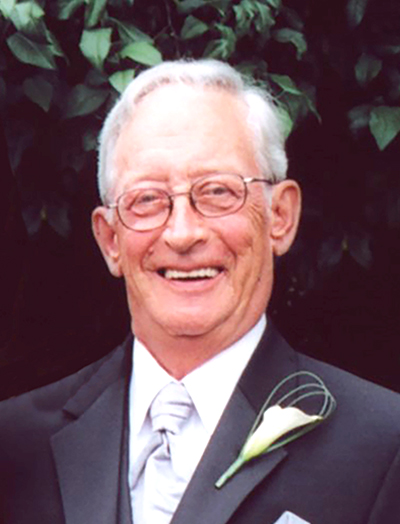 Doug Mills of Fergus Ontario, lost his third battle with cancer at the age of 81 on June 5th with his loving wife and daughter by his side. On June 10th, Doug and his wife Helen would have celebrated their 54th wedding anniversary. Doug was proud father of daughter, Heather Mills (Mario Vasiliu). He was also a loving grandpa to Cole and Hudson Mills-Vasiliu. He is survived by his sister Carol (Peter) Newall, and brother-in-law, Don (Judy) Campbell. Doug was a good friend and uncle and will be greatly missed by his friends, nieces, nephew, great-nieces, and great-nephews. He is predeceased by infant daughter, Michele Julia, parents Austen and Mary Mills and parents-in-law, Harold and Marion Campbell. Doug worked at Blount Canada for 19 years and retired in 1999. He always went above and beyond at work and showed up every day an hour early. During his time at Blount, he was recognized not only for his efforts, but also for his ingenious ideas (he was an innovator at heart) and was presented an award for outstanding service. Doug always had a great love of cars. In his younger years, he would buy a new car every 1-2 years just so that he could have the latest and greatest model. At one time, he could tell the make, model and year of a car just by hearing the sound of the engine! Doug was a kid at heart and loved to make people laugh and smile. But most important to him was his family. He loved his wife Helen dearly and cherished being a Dad, father-in-law, and grandfather. Memorial donations can be made to Dad’s preferred charity, Operation Smile Canada. Helping people smile was important to him. Operation Smile’s mission is to make sure children born with a cleft pallet can access safe corrective surgery. “It is surgery that changes a child’s life forever…and it changes families, communities, countries and yes, the world.” 1-(844)-376-4530 www.operationsmile.ca Please visit Doug’s virtual memorial site doug-mills.forevermissed.com to see memories of Doug and add a comment or memory.