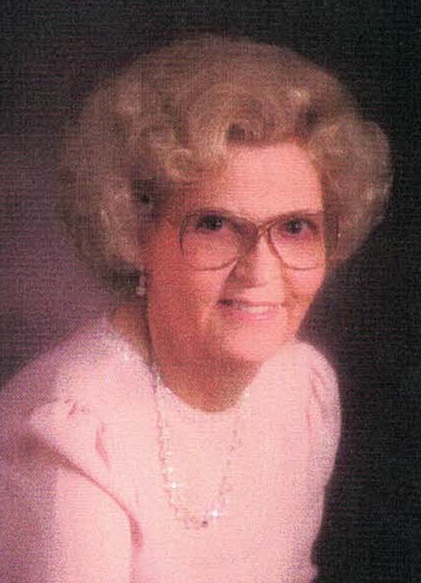 Olive Ena Speed Manning passed away on September 1, 2019 in Fergus, Ontario. Born near North Battleford, Saskatchewan on June 14, 1921, she spent most of her life in that area. She is predeceased by her husband of sixty-five years, Montague Norman Manning. Those who also went before her are her twin brother, Herbert Galbraith Speed, four sisters, and a grandson Geoffrey Craig Manning. Olive was the loving mother of four children Norman (Lorraine), his twin sister Elayne (Roger), Kenneth (Tracey) and Douglas. Olive was a grandmother, great-grandmother and great-great grandmother to fifty-eight descendants. She was fondly known as Grandma the Great. Although Olive was a homemaker, she was involved with many community activities, specifically the Red Cross, for which she was awarded a Citation. She was very active with her church and was a wonderful help-mate to her husband and his various endeavors. Olive will be most remembered for her innate friendliness. Always ready with a smile she made friends with everyone she met. She was well travelled and could easily converse with politicians, executives, scholars and whoever was in line at the grocery store. A Celebration of Life Ceremony will be held at St. James Anglican Church, 171 Queen St., East in Fergus, Saturday, September 28, 2019 at 1:00pm.