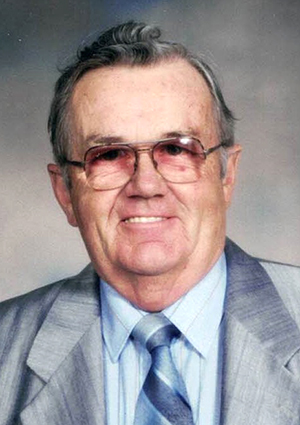 of R.R #2 Elora, son of the late Albert and Hilda (Jacobi) Kurt, born July 3, 1931 at Mannheim, where he lived until moving to Milverton in 1945. Where he worked at Ebersol Farm Machinery. In July of 1955 he married Jean Heimpel (2010). In 1958 they moved to the Elora area. He was owner and operator of C.A. Kurt Milk Transport from 1954-1996. Survived by Cheryl & Bill Leighton of Mount Forest, Bill & Liz Kurt of Elora, Debbie Kurt of Guelph, Wendy & Jim Driscoll of Drayton and David & Cathy. Dear Poppa of Brianna & Jeremy Machin, Tyler Leighton, Cliff Jr & Summer, Derek & Katie Pryde, Penny, Jim, Steve and 17 Great Grandchildren. Predeceased by his sister Reta and Garfield Stoltz, his sister and brother in-laws, Mabel and John Bruder, Alice and Alex Service, Annie and Walter Bowman, Vera and Albert Schlueter, Verna and Bill Wagner and Orville Heimpel, nieces and nephews, LouAnn Brown, Gerry Stoltz, Jody Glofcheskie and Wally Schleuter. Survived by sister-in-law Rita Heimpel and many nieces and nephews. Remembered by his life long friend Ken Schatz, Jim and Vi Young. Dad has been living at Caressant Care in Arthur since May 2019. Much thanks to all staff who treated him with respect, kindness and sense of humor. Caressant Care was his home and he enjoyed you all. Dad became ill on December 26, 2020, and passed away on January 5 of Covid-19. Due to restrictions, private services will be held. Interment to be held at St. Matthew’s Lutheran Cemetery in Conestoga. Memorial donations may be made to The Faith Lutheran Church in Fergus, St. Matthew’s Lutheran, Conestoga or Groves Memorial Hospital.