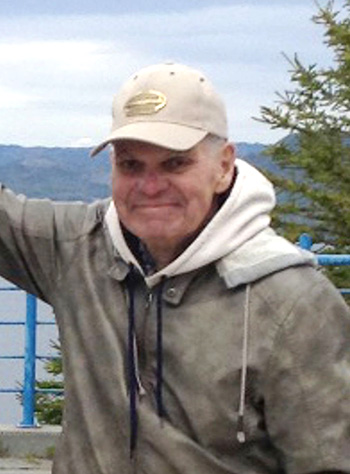 On the bright, sunny morning of July 30, 2020, John Walker Kearns died peacefully at home, in his 86th year, comforted by Beverley, his adoring wife of almost 61 years. John and Beverley have been inseparable since meeting at Toronto Teachers’ College in 1956. He was the loving father of Timothy (Cindy Dedeyne) and Christina (Thomas Schauland), and the proud grandfather of Oliver and Jonathan Kearns, and Richard and Daniel Schauland. He was the son of Graham Kearns and Edna Coulson, and was predeceased by his older brother Jim. John lived in Rockwood for the past 15 years, moving from his birthplace and childhood home in Orangeville where he later settled with Bev to raise their family. He was a gifted piano player and jazz aficionado, and his talents extended to the trombone and trumpet, which he played with the Guelph New Horizons Band. He loved nothing more than convivial times with family and friends around a piano, and he could never resist stopping at any keyboard to “tickle the ivories.” John was a faithful choir member at Rockwood United Church and Westminster United Church in Orangeville for many years. John’s passion for travel foretold his career. He worked for Air Canada and then joined his father at Orangeville Travel Service which he later operated for many years in partnership with Bev. They travelled to many wonderful destinations for their business and with their family. He often told stories of helping in the family general store “J. Kearns & Son” during his boyhood years in Orangeville. John was known for his sense of humour and his remarkable ability to make people laugh. He loved sports, especially the CFL and his beloved Toronto Argonauts. In his younger years he played quarterback for Orangeville High School, and enjoyed fishing, baseball, golf, and hockey. He was also an aircraft enthusiast, always watching the skies for air traffic and reading voraciously about World War II aviation history. John’s family would like to express our thanks and gratitude to the palliative care team of the Wellington LHIN, especially nurses Danielle and Jocelyn. We also appreciate the kindness and professionalism of the team at the Grand River Cancer Centre, particularly Dr. Joanna Graczyk and Dr. Alison Martin. The kind support of friends from Rockwood and Stone United Churches is greatly appreciated. Burial will take place at Rockwood Cemetery. Arrangements entrusted to the Wall-Custance Funeral Home & Chapel. Donations in John’s memory to the Grand River Hospital Cancer Care Fund (grhf.ca) or Rockwood United Church (via Canadahelps.org) will be gratefully received.