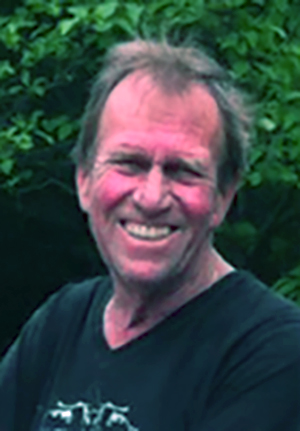 Michael passed away on January 4th at the age of 65 in the Brockville General Hospital in Ontario after a courageous battle with cancer. A battle he faced with strength and humor in true Michael fashion! Born in Lachine, Quebec; Michael lived most of his life in Ontario. Most recently in Cardinal. Michael recently retired from Air Canada after many years of service. Michael enjoyed 40 years of winter trips to Barbados where he made another group of lifelong friends. Michael was good at that. He was able to visit one more time in December after which he spent a wonderful Christmas with his children and family back in Ontario. Michael is now reunited with his Father and Mother, Charlie and Pat, and his much loved little brother Ricky. He is survived by Peggy and their children; James (Nicole, Miguel, Isabella), Eric, Colleen (Paul), and Elizabeth and his siblings: Charlie, Paddy, Kathy (Paul), Carol, Sheila (Gary), Terry, Chris and Laura (Bill). As well as many loved nieces and nephews. A special thank you to Aunt Sally and Uncle Chuck who were pillars of strength during a time of need. As a few of you know, Michael was an avid blood donor. He donated blood and platelets 69 times. Donations can be made to the Canadian Blood Services in his honour. Michael will be deeply missed by family, friends and all who knew him. At Michael’s request there will be no service or funeral. In lieu of this and with love in our hearts let’s raise a cup of cheer to our loved one Michael! May he be dancing with Angels and resting in Peace. Online condolences may be made at marsdenmclaughlin.com