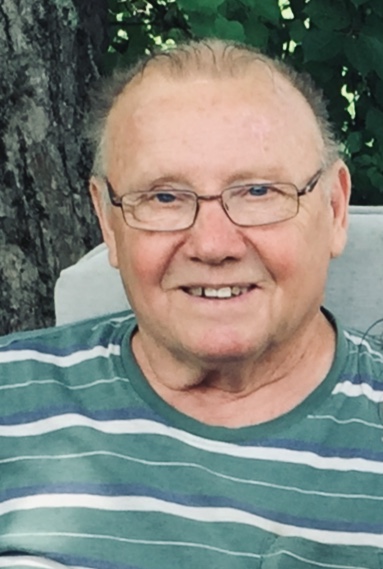 AKA: Abe, Uncle Nutsy, Hammy, Chubby Of Palmerston, passed away peacefully with his treasured family by his side, at the Palmerston District Hospital on Friday, August 30, 2019 at the age of 71. Beloved and devoted husband to Joan (nee Turton) for 49 years. Adored father to Sara Mueller (Paul), Crystal Hamilton (Rhonda) and Maggie McMillen (Andrew). Forever and always remembered by the absolute pride and joy in his life, his grandchildren; his boys Cole and Owen Schneider and his babies Ava, Cora and Rayne McMillen and Brityn Mueller. Survived by his sisters-in-law and brothers-in-law Carol Gilmore, Linda Turton, Sharon Lines (Harry), Gloria Cameron, Marg Shaw (Bruce), Bill Turton (Shirley), Wray Turton (Carol), David Turton (Pam) and Bruce Turton (Linda). Also survived by his many nieces and nephews who could all tell a story about their special Uncle Nutsy. Predeceased by his father-in-law and mother-in-law Harvey and Sadie Turton. Waiting for him with drinks in hand are his brother in laws Earle Gilmore, Jack Cameron and Wayne Turton. There to also greet him is his beloved hound dog Lucy who was his best friend for 15 years. Larry will be missed dearly by his best friend Gerald Reid (Gerb) and by Chuck Binkle. In lieu of flowers, memorial donations to the Palmerston District Hospital or to The Donkey Sanctuary of Canada would be appreciated. Everybody who knew Larry could agree that he was truly one in a million. Larry had a larger than life, exuberant personality that people gravitated to. He was adored by all and was a best friend and father figure to many. People appreciated Larry simply by Larry being Larry. What you see is what you get and people respected him for that. He was unique, honest and sincere and would give the shirt off his back if you needed it. He was a straight up kind of guy who appreciated the simple things in life. Being the life of the party, you could always count on a good time and laugh with Larry’s colourful humour and wit. Larry resided in Palmerston his entire life and owned and operated an auto body shop then a used car lot for over 40 years with Joan by his side. Larry was a hard working man who took pride in his work. You could always find him in his shop working on a vehicle, tinkering around the shop yard or cutting the grass. On the odd occasion, you could also find him hosting happy hour at the end of the day and shooting the breeze with the many drop ins at the shop. He believed that working hard and giving 110% each and every day was the only way and he instilled his strong work ethic in his three kids. He was so proud of his girls and commented on a regular basis how he and Joan were so fortunate to have three fine and hard working kids. Nothing made Larry happier than to have his grandchildren visit. His face lit up every time he saw them and had a special relationship with each of them. His family, especially Joan, was his everything. He had a soft spot for animals and had fond memories of his little funny farm. Cremation has taken place. In Larry’s honour, “Happy Hour”, a celebration of his life will take place on Sunday, September 8th, 2019, from 2:00 – 6:00pm at the Frank Lambier, Royal Canadian Legion Branch #409, Palmerston on with remembrances at 4:00pm.

“Don’t be sad because I’m gone, smile because I was here. Now get your ass up and at it.”