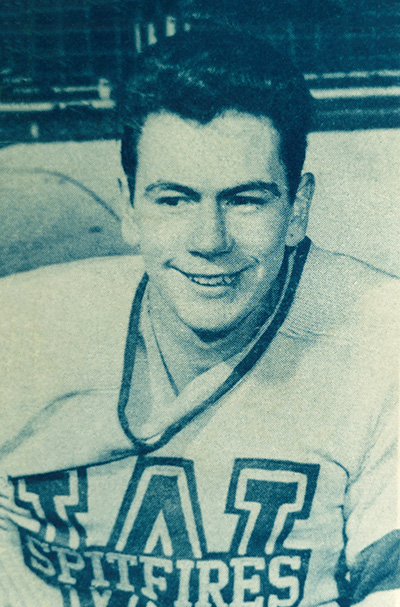 “Butch” Ross L. Graham born February 2nd, 1935 in Barrie, ON, the youngest of four children, passed peacefully at the Hanover and District Hospital with his loving wife Villy and beloved son Terry by his side on Friday, January 8th, 2021. Forever grateful for his presence in our lives are his wife Villy, his children by his first wife Sara (deceased), Terry (Janet) and Joy (Allan). And Villy’s children Colleen (Dwayne) and Cheryl (Richard). Butch was an inspirational Grampy to his grandchildren and great-grandchildren. Loved by many nieces and nephews and great-nieces and great-nephews. He enjoyed travelling to Europe with his brother Bob and later Tom. Butch was successful in owning his Fuel Oil Business in Durham and later a chain of Insurance Brokerages. His volunteer work included him becoming President of the Kinsmen Club. He enjoyed golfing with his long-time friends and flying his plane. At age 86, Butch was the oldest member of the Durham Activity Centre where he was respected and admired by his peers and younger members for his consistent, vigorous work-outs, his positive attitude, commitment, and support to others. His passion for hockey began as a youngster and grew into a lifetime career, having played for the Barrie Flyers, Windsor Spitfires, Cleveland Barons and Woodstock Senior Team. He was a founder of the 72’s, and a playing coach with Durham Huskies followed by coaching the Huskies and Hanover Barons. His favourite saying was “Keep your head up, stick on the ice and don’t rip your sweater.” Butch loved spending quality time at home with his wife and their two 4 legged girls Bobbi and Lexi who were always by his side. Due to COVID there will be no Visitation or Celebration of Life. In lieu of flowers any donation to the Salvation Army or Southern Grey Bruce Hospice Satellite (cheques payable to Residential Hospice of Grey Bruce with “Southern Grey Bruce Satellite” in memo line) is welcome and greatly appreciated. Arrangements entrusted to the McCulloch-Watson Funeral Home, Durham.