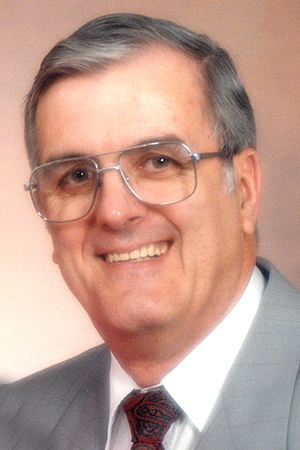 1929 – 2020 In the silence of the early morning Thursday, May 14, God called a beloved husband, father, grandfather and great grandfather home. Our hearts are filled with grief, but we find comfort knowing Rob is with our Heavenly Father and is no longer in pain, no longer confused and is at peace. Robin, (Rob) was born April 6th, 1929 in Hamilton, the son of Lilian and William Gilbert. He is survived by his soulmate of 68 years, Lorraine (Myers), daughters Susan and Denise (Steve), grandchildren Ryan, Kevin (Ashley), Kaitlyn (Josh), Andrew and great grandson Carson who never failed to make him smile. Rob will be sadly missed by sister-in-law June and her husband Ted, nieces, nephews and all those whose lives he has touched. Predeceased by his sister-in-law Shirley and her husband Herb. Early in his life the family moved from Hamilton to Scarborough and Rob continued to live there until his marriage to Lorraine, December 1951. Rob attended Highland Creek Public School, and R. H. King Collegiate. At age 21 Rob became a police officer, first with the OPP, then Forest Hill which later became Metro Toronto. Duty, Decency, Honour and Respect were qualities he practiced every day during his 34 years as a police officer and the rest of his life. Rob’s policing career was varied from walking the beat, Traffic (riding a motorcycle), Detective, Auto Squad and ending as a Staff Sergeant in Staff Counselling. After retirement Rob joined the Ontario Hatching Egg and Chick Commission in Guelph, first as Chief Inspector, then Director of Administration. Rob was an amazing person, humorous, compassionate, a go-to person for family and friends and in the eyes of his family, the smartest man in the world. He enjoyed doing crossword puzzles and even created them for others. He had the special gift of being able to express thoughts, feelings, ideas and events into words. His knowledge of the English language was unbelievable, in fact we nicknamed him “the human dictionary”. As our daughter Denise said in her tribute to her father “If you asked him a spelling of a word not only would you get the spelling but a definition and used in a sentence.” Rob enjoyed writing, he was a newspaper reporter covering municipal news for the local papers of Elora, Fergus and Elmira. He also wrote a monthly newsletter for the condo complex we lived in and numerous reports for the boards and committees he served on. Together with his soulmate, Lorraine, who was his constant companion, Rob enjoyed travelling, volunteering, the theatre, concerts, and over 20 years of Modern Square Dancing. Rob was his grandchildren’s’ No. 1 fan and loved attending soccer, lacrosse, and hockey games, ballet recitals and school functions they were involved in. In all that Rob did, he was guided by his faith. While living in Elora, Rob attended Knox Presbyterian Church where he served as an Elder, member/Chair of the Board of Managers, and Clerk of Session. Rob was a member and long standing secretary of the Twin Rivers Masonic Lodge 203. The following will give an insight into how much Rob gave to his community and others: ten years as a member/Chair of the Wellington County Library Board; six years as an Adjudicator on Boards of Inquiry (Ministry of The Attorney General); a member/Chair of the Ontario Library Service Centre; five years as a member/Vice Chair/Chair of the Wellington County Police Service Board; three years as a Director/2nd Vice Chair of the Ontario Association of Police Services Board, Peel Region; three years as a member/Chair of the Groves Hospital Volunteer Association; a member of the Groves Hospital Board and ten years as a Secretary of Station Square Condominium Board. Our hearts burst with pride at the life our beloved Rob lived. We plan to hold a Celebration of Life as near to his birthday in April 2021 as possible. The family would greatly appreciate donations in Rob’s memory to be made to the Alzheimer’s Society of Ontario.