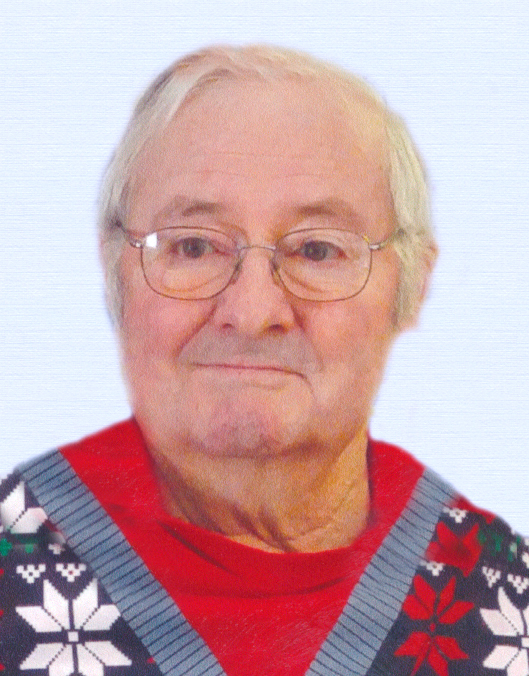 Albert James Gibson passed away at Caressant Care, Harriston on Saturday, March 21, 2020, at the age of 85. He was the son of the late Alex and Alice (Newton) Gibson, and all were life-long residents of Lower Drew. Albert is survived by his wife Jane (DeVore) Gibson, and by his children Glennyce Gibson and John Cribbin, Marilou and Dwayne Reynolds, Gregory Gibson, and Michael Gibson. Remembered by six grandchildren, 3 great-grandchildren, his brother Donald Gibson, and by numerous nieces and nephews. He was predeceased by his sisters June Young, and Marjory Dewbury. During his life, Albert was a farmer and for many years was a truck driver for the Harriston Co-op and Rothsay Concentrates. He was well liked by family and friends for his quick wit and sense of humour. Like his parents and siblings, he was skilled at sports, particularly hockey in Clifford and softball in Drew, with honourable mention to curling, shuffleboard, pool and crokinole. On behalf of Albert’s family, we would like to extend our heartfelt gratitude to the caregivers at Caressant Care, Harriston for the kindness, patience, and fortitude in caring for Albert. Private family arrangements have been entrusted to the Hardy-Lee Funeral Home, Harriston, with interment to take place at a later date. Memorial donations to Ducks Unlimited would be appreciated as expressions of sympathy, and may be made through the Hardy-Lee Funeral Home, Harriston. On line condolences may be left at www.hardyleefuneralhome.com