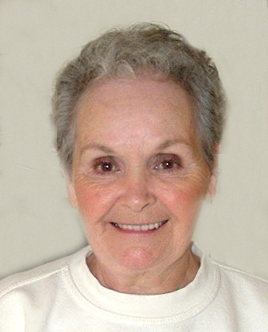 Emily Elizabeth (Mueller) Emslie of Palmerston, passed away at Palmerston & District Hospital on Wednesday, June 9, 2021 in her 88th year. Wife of the late Kenneth Emslie who predeceased her in 1981. Mother of Geff Emslie of Palmerston, Charlotte and Bob Morton of Burlington, Tom and Karen Emslie of Red Deer, AB, and Lisa and Greg Giesen of Baden. Grandmother of Jaryn Emslie, Jace Emslie, Cody Emslie, Shelby Emslie, Emma Giesen, Sam Giesen, and Sean Morton and his family. Sister-in-law of Phyllis Mueller, Helen Mueller, Rita Mueller and Reta Mueller. Predeceased by her daughter-in-law Janice Emslie, and by her grandchildren Jaxson Emslie, and Lindsay Morton. Emily was the last surviving member of her family, being predeceased by 15 brothers and sisters Kate Marriot and husband Clayton, Louis (Mike) Mueller and wife Marg, Robert Mueller and wife Adele, Isabelle Pritchard and husband Harold, Herman Mueller, Ruth Meinzinger and husband Earl, Frank Mueller and wife Shirley, William Mueller, Gardiner Mueller, Norman Mueller, Harvey Mueller, Annie Strudwick and husband Bob, Stanley Mueller and wife Toby, Roger Mueller, and Donald Mueller. Emily had a fierce love for her family, especially her grandchildren. They could do no wrong in her eyes. If she wasn’t cooking a meal for them, she was doing a craft or teaching them something and sharing her vast knowledge. Although she had to quit school when she was in Grade 6 to help look after her siblings and nieces and nephews, she was self taught in many ways. Her creative side took hold in her later years as she became quite an accomplished painter. Many of her paintings have been purchased and some are on display at the local railroad museum in Palmerston, ON. Emily had a very full social life as well. Her lunches with the girls were a highlight each week for her. She, along with her siblings, have left such an endearing legacy. All of her nieces and nephews across all 15 families count themselves blessed to have had the memories with all of the Mueller aunts and uncles. We are sure that there’s one heck of a party up there right now. A private family gathering was held at the Hardy-Lee Funeral Home, Harriston. Following cremation, interment to take place in Parkview Cemetery, Waterloo. Memorial donations to Palmerston & District Hospital would be appreciated. Online condolences may be left at www.hardyleefuneralhome.com