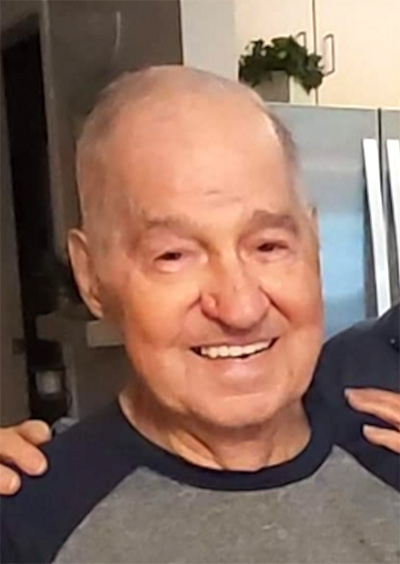 It is with great sadness that we announce Jacques (Jack) Donovan passed away peacefully, surrounded by family at Groves Memorial Hospital in Fergus on July 13 at the age of 83. Pre-deceased by his son Daniel (Danny) in 1984, he is survived by his loving wife of 59 years Denise (Nadon) and his beloved children Marc Donovan and Kim Cripps (Darren). He will be lovingly remembered by his grandchildren Chloé, Danny (Daniel), Riley, Bailey (Jill), Carleigh (Alex) as well as his great-granddaughter Nyla Marie and a great-grandson due in October. Son to the late Albert and Anita (née Gravel) Donovan, Jacques is pre-deceased by his sister Pauline Lavallée (late Gus) and brother Dave (Pat). He will be deeply missed by his surviving brothers Raymond (Réjeanne) and Albert Jr. (Nicole), his sisters Betty Tremblay (late Terry) and Lucille Nadon (Ron) as well as his many nieces, nephews, relatives and friends. Jacques was born in Timmins Ontario and was married in Chibougamau Québec. He raised his family in Chelmsford Ontario, where he worked as a miner with Glencore (Falconbridge) at their Levack location from 1968 up until his retirement in 1998. Jack (and Denise) loved to spend his summers camping, having camped at various places but spent over 20 years in Gogama where he enjoyed fishing, playing cards and sitting by the fire telling tall tales with family and friends. Just before his retirement and until his illness, they escaped the northern Ontario winters to live in their mobile in Clearwater (Largo) Florida. Jack had many hobbies throughout the years: coaching hockey when his sons were young to playing hockey for approximately 20 years in the local Oldtimers league – the Falcon Oldtimers. Upon his retirement, he took up the game of golf and although he did not take to the sport right away, he was convinced to stick with it and ended up loving the sport and playing with family and friends on a weekly basis. Upon his diagnosis, Jack and Denise moved to Fergus Ontario, where he received the best care from his various medical teams until his passing. We’d like to acknowledge special thanks to Dr. Armela Dicu (Oncologist) and her team at Grand River Hospital in Kitchener as well as Dr. Alison Williams (family doctor) and Dr. Lund (Palliative Care Doctor) and the entire oncology team (Sandra, Karen, Ann) at Groves Memorial Community Hospital. At Jack’s request, cremation has taken place and in lieu of flowers donations to the Canadian Cancer Society would be greatly appreciated by the family. Online condolences can made at passagescb.ca