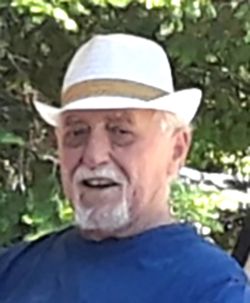 Suddenly on Monday September 30, 2019 at the Louise Marshall Hospital, Mount Forest. in his 70th year. Predeceased by his wife Gwendolyn Dawn (nee Rush), (December 11, 2017). Walter is survived by his children, daughter Marie Dixon, her spouse Andrea McCoy and their son Rowan; daughter Jacqueline (Jackie) Dixon, her partner Joseph, her son Nathan and daughter Naomie; son Jeremie (JD) Dixon, his wife Vicky (nee VanHuisstede), their son Brodie and daughter Robyn. Also left behind to mourn are his two faithful dogs which he called his children (Spirit Bear and Charity Bear). They were always by his side. Dear son of the late Merlin (2009) and the late Helen (1996) Dixon, brother of Jim and his wife Sheila Dixon, his late twin brother Wayne (2004) and Wayne’s late wife Eva (2015) and Louise and her husband Ron Tone. Brother-in-law to Deborah Douglas and her husband Paul, and brother-in-law to Blair Rush and his wife Judy. Also, special friend Stephanie who dropped in twice weekly for a social call and who has been entrusted to one of his most valued companions (Spirit Bear). Also survived by a number of nieces and nephews. Walter was a member of Guelph District Shrine Club, Rameses Shrine Temple, and a Member of the Mercer Masonic Lodge and Scottish Rite Masons. He had a full life enjoying travel and his work as a Chartered Financial Planner, Personal CFO. For the past 13 years he has loved living by Lake Huron. Visitation was held Sunday, October 6, 2019 from 4:00 to 7:00pm and the Funeral Service was held Monday October 7, 2019 at 2:00pm at the Graham A. Giddy Funeral Home, 280 St. David St. South, Fergus. Interment to follow at Belsyde Cemetery in Fergus. A time for sharing memories and stories was held upstairs at the funeral home following the service. Memorial Donations can be directed to Shriners Hospitals for Children — Canada or The Guelph Humane Society for the Dog rescue. Cards available at the Funeral Home.