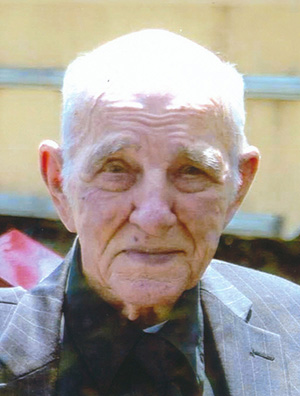 Elroy George Detweiler was born December 29 of 1929 and passed away on Sunday, August 9, 2020 at Palmerston & District Hospital. He is survived by his wife of 62 years, Winnie, his son Mike Detweiler and his wife Jennifer, and his daughter Kelly Barfoot and her husband Jeff. He is also remembered by his 5 granddaughters Cassi, Maggi, Kati, Emma and Hannah; and by his brothers Walter ‘Butch’ and Eleanor Detweiler of Waterloo, and Bill and Jessie Detweiler of Nova Scotia. He is predeceased by his oldest daughter, Kym. Elroy is perhaps best remembered as part owner of Al & El’s Service Station. He started working there in 1958 and bought the business, together with Allan, in 1968. They worked together until 2000 until the business was sold and he retired. His love of engines and fixing things led him to become the go-to man when anything broke down and he could be found in his driveway most evenings tinkering on bicycles and lawnmowers. Private funeral arrangements have been entrusted to the Hardy-Lee Funeral Home, Harriston. Interment in Palmerston Cemetery. Memorial donations to Palmerston & District Hospital or Watch Tower Bible & Tract Society would be appreciated.

“If a man dies, can he live again? I will wait all the days of my compulsory service. Until my relief comes. You will call, and I will answer you. You will long for the work of your hands.”
(Job 14:14,15)

Online condolences may be left at www.hardyleefuneralhome.com