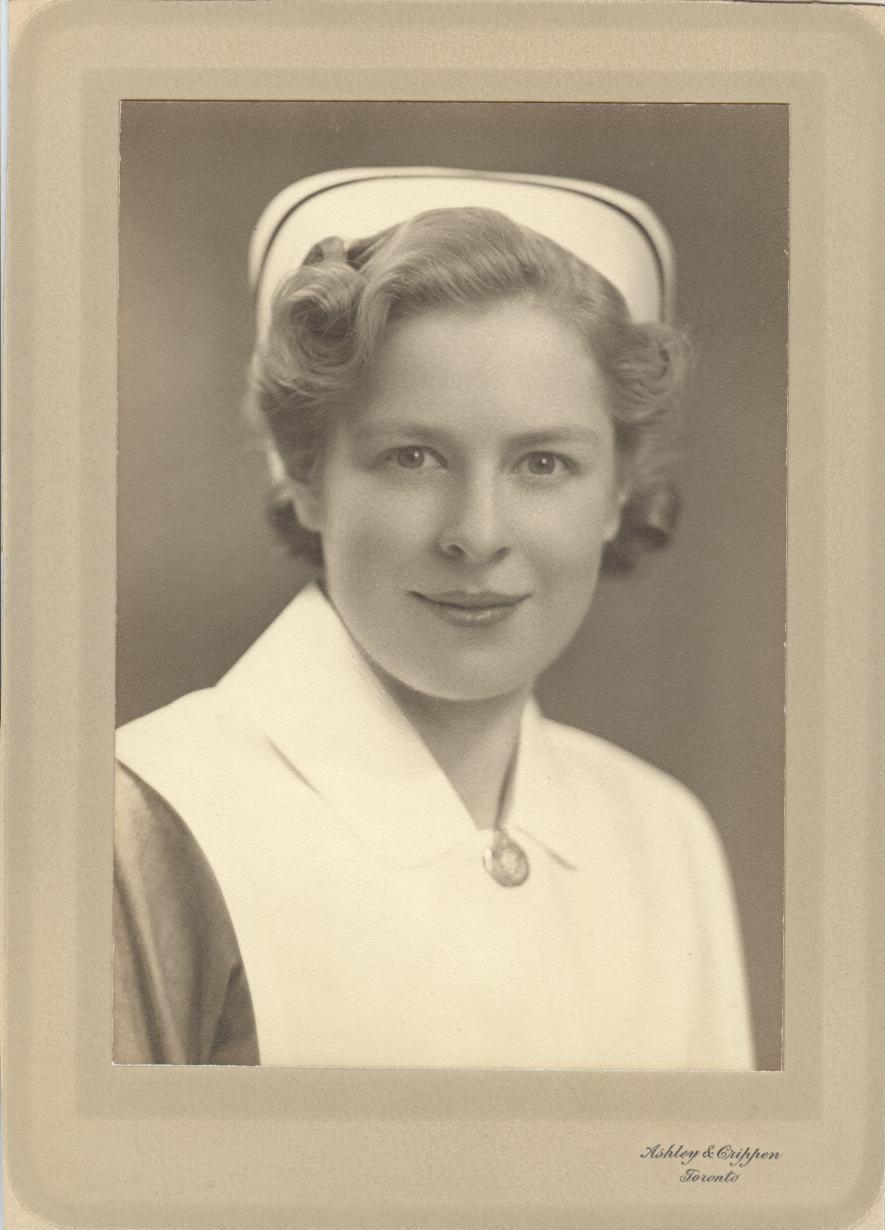 of Fergus passed away peacefully with family at her side at Groves Memorial Hospital on Friday, August 16, 2019. Born in October 1917 in Hamilton ON to Arthur and Hilda Lainchbury, Elsie was predeceased by her husband Lt. Col. (Ret.) James Dandy. She is survived by her children Peg Barrett Doerr of Airdrie AB, Jim (Catherine) Dandy of Fergus, and Chuck (Christine) Dandy of Duncan BC. Elsie was a beloved grandmother to Adrienne (David) Dandy, Laura (Jim) Wright, Kathleen (Peter) Payne, James (Michelle) Barrett, Trevor (Laura) Dandy, Trish (Peter) Weinkam, and Sean (Betsy) Dandy. She was also blessed by her great-grandchildren, Taya, Jack, Erika, Abby, Merritt, Elizabeth, Lily, Madeline, and Daphne. Elsie filled her life with service; to her family, her country, her patients, her co-workers, and her many volunteering commitments. Elsie trained as a nurse at Sick Children’s Hospital in Toronto, and served overseas as part of the Canadian Nursing Sisters at Basingstoke Neurological and Plastic Surgery Hospital. After the war, she settled in Grimsby with Jim where they built a business (where she proudly learned to drive a dump truck) and raised three children before moving to Southwestern Ontario. Elsie led the way as a working mother, both at the family business and later at Harding Carpets in Guelph. Elsie was a dedicated volunteer stretching back decades, whether hosting Grace Anglican Church’s Strawberry Social, canvassing for the Cancer society, participating in the widow’s group at St. James Anglican Church, “candy-striping” at Groves Memorial, or reading to children at JD Hogarth Public School. She continued to volunteer for her entire life and was a recipient of the Queen’s Diamond Jubilee Medal for her volunteer work and was one of 50 Canadians honoured with a Canadian flag on its 50th anniversary. As a veteran, Elsie was also active with the Fergus Canadian Legion, Branch 275, the Nursing Sisters Association and the Lincoln and Welland Regimental Association. She was the official representative of the Canadian Army Nurses for the 65th anniversary of the liberation of The Netherlands. The family would like to thank Dr. Stickney and the nursing staff of Groves Memorial Hospital for their excellent and kind care. To honour Elsie’s wishes, cremation has already taken place and a private family internment will take place in September, also in late September, the family will invite members of the community to a celebration of life, to be held at the Fergus Legion. In lieu of flowers, donations in Elsie’s memory may be made to the Groves Memorial Community Hospital Foundation. Arrangements entrusted to the Crawford Funeral Chapel, Arthur.