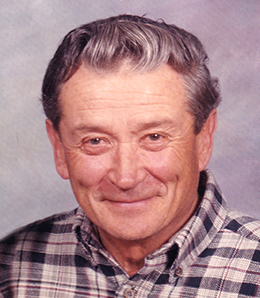 Mervyn Lorne Cowan of Harriston passed away at Louise Marshall Hospital, Mount Forest, on Tuesday, August 9, 2022, at the age of 88 years. Loving husband of the late Kathlyne Marie (Madigan) Cowan. Father of Cliff Cowan & Joli Erb-Cowan, Brian & Bonnie Cowan, and Todd & Lindsay Cowan, all of Harriston. Missed by his grandchildren Kyle & Melissa Cowan, Camille Cowan, Brad & Jess Cowan, Brett Cowan, Caitlin Erb, Curtis Erb, Clark Cowan, Ian Cowan, and Blair Cowan, and great-grandfather of Indie and Conrad. Brother of Eleanor & Butch Detweiler of Kitchener, and brother-in-law of Paul & Trish Madigan of Guelph. Remembered by his nieces and nephews and their families. Predeceased by his brothers Murray & Flora Cowan, and Verdon Cowan, as well as sisters-in-law and brothers-in-law Mary & Gerald Hale, Frank & Shirley Madigan, Jean & Cyril Hale, Margaret & Donald McLean, John Madigan, Mike & Muriel Madigan, Tom Madigan, Leo & Audrey Madigan, and Jim Madigan. A private family funeral service will be held at the Hardy-Lee Funeral Home, Harriston on Friday, August 19, 2022 at 11:00am with interment in Holy Cross Cemetery, Mount Forest. The service will be live-streamed, and the link available on the funeral home website. Memorial donations to the Alzheimer Society would be appreciated. A special thank-you to Bayshore Nursing, to Laura and the PSW’s for the care given to Merv at home, and to the nurses and doctors at Louise Marshall Hospital during his stay in hospital. Online condolences may be left at www.hardyleefuneralhome.com