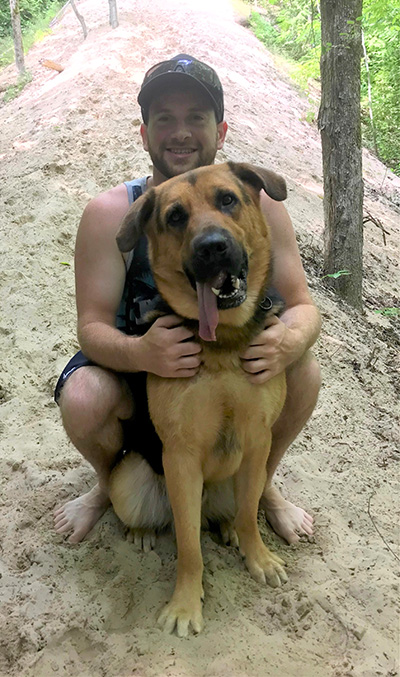 It is with profound sadness that the family of Kevin Grant Joseph Costin, announce his passing at 29 years of age, on Tuesday September 15, 2020. Kevin went missing in the water on Sunday September 13, 2020 in a suspected rip current and undertow while at the family cottage at French Bay in Saugeen First Nation, Sauble Beach, Ontario. Kevin was born August 11, 1991, and was a lifelong resident of Fergus, Belwood and Arthur. He graduated from St. James Highschool in Guelph and went on to achieve a degree in Honours Economics at the University of Ottawa. He worked as a Technical Sales Rep. for PPG Canada. Kevin was a devoted fan to the Maple Leafs and the Indianapolis Colts. He loved to cook and enjoyed time spent with friends, family and especially his boy Nashi-moto. He was known for his infectious smile/grin and his kind and compassionate, sometimes mischievous spirit. Kevin is survived by his father and mother Tim and Michele Costin; his sister Kaitlyn Costin; her fiancé Nicolas Sacchetti. He also leaves his maternal grandparents Larry and Mary Lou Mason and several aunts, uncles and cousins. He is also survived by his cherished girlfriend Nicole Weidner; their beloved dog Nash; her parents Dwayne and Laura Tremble; her brother Jake Weidner and her sister Sierra Tremble, and her boyfriend Dylan Trott. He is preceded in death by his paternal grandparents Carl and Joan Costin. Visitation was held on Sunday, September 20, 2020 at the Graham A. Giddy Funeral Home, 280 St. David St. South, Fergus, ON from 2:00pm – 8:00pm. A Graveside service was held on Monday, September 21, 2020 at St. Mary/ St. Joseph’s Catholic Cemetery in Elora, ON. Donations in Kevin’s memory may be made to the Guelph Humane Society.