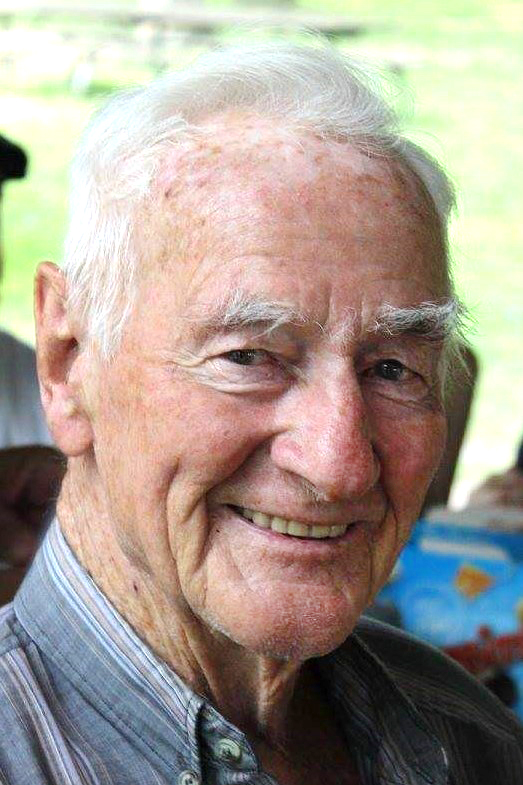 With sadness and love we, the Cann Family, announce the passing of James Victor Cann, in his 90th year, on July 13th 2019. Jim was born on April 30, 1929, in Exeter, Ontario, the son of Sylvanus Cann and Mary Ellen (nee Ferguson) Cann. He attended schools in both Bayfield and Exeter, Ontario. Jim was a long-time resident of Eden Mills. He loved his family farm home on Lake Huron, just north of Bayfield and the rolling shores of Lake Huron where he learned to body surf with his brothers. Jim was very proud of his time in Army Cadets in the 1940’s and his coaching of a very successful Eden Mills baseball team in the 1960’s. He was a former employee of the Guelph Stove Company and was a member of the University of Guelph Fire Department. Jim was also the first aid instructor to the employees and students of the University of Guelph. Jim was an active 90 year-old senior who could be found walking weekly around the Marden indoor walking track with his walker. He so enjoyed his weekly workouts with Kelly who affectionately called him “Gramps” and chatting with the staff at South City Physio. His favourite summer time activity was spending time outside watching the birds from his garden chair. Jim loved spending special moments eating oysters and drinking beer with his Buddy Brad and Barb and chatting with neighbours Karen and Darryl and their pups Joe and Lucy. Jim loved the outdoors, fishing, hunting, swimming and boating. He was especially interested in his Scottish heritage: he loved to quote Robbie Burns and to watch massed pipe bands and highland dancing competitions. Jim met and married his beloved wife, Anna (nee Crichton) Cann, on October 15, 1955. She predeceased him on November 29, 2015. He was predeceased by his parents Sylvanus Vivian Cann and Mary Ellen (nee Ferguson) Cann. Jim was the last surviving member of a large family of 11 children, the late Mary, Marguerite, Edith, Bruce, Stewart, Jean, Jack, Pearl, Gordon and Ronald. He was the loving father of the late David Crichton Cann (May 2019) (Judith), Mary Ellen Cann, Andrew James Ferguson Cann (Allison) and John Gordon Cann (Susan). Jim was the loving grandfather of Greg (Ula), Heather (Aaron), Margaret, Jessie, Jack, Isabella and Olivia and he was the great-grandfather of Sophia Anna Cann, Julian David and Ella Rose Cann-Michaux. He will be missed by special neighbours Brad and Barbara Roelofson and Karen and Daryl Bennett of Eden Mills. As a memorial to Jim, donations may be made at the Gilbert MacIntyre Funeral Home, Hart Chapel, Guelph (519-821-5077) for a memorial bench and tree, to be placed at the cenotaph at Gregor Square, Bayfield, Ontario.