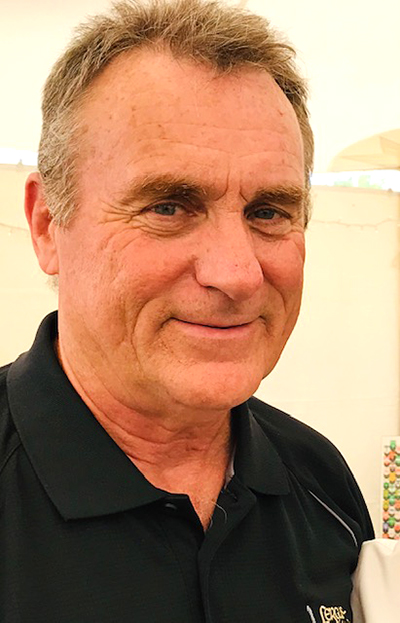 It is with great sadness that the family of Bradley Aiden Buzza announces his peaceful passing at Groves Memorial Hospital, Fergus on Saturday, May 1, 2021 in his 69th year, after a long fight with metastatic colon cancer. Brad will be deeply missed by his wife Caroline Laing (Nee DuPlessis); children Jason (Heidi), Liz (Jayne), Eryn and Parry (Vanessa); Caroline’s children David (Tory) and Danielle (Lasse); grandchildren Polly, Hayden, Ellie and Grey; sisters Dawn and Jane. He will be remembered by Susan. Over the years, Brad’s strong faith in God grew deeper and with it, a wholehearted desire to serve Him, wherever God called him. Brad’s conviction to “Trust in Him” carried him in all areas of his life. Brad was a hard worker, active and always willing to lend a helping hand, never seeking the recognition. Brad loved his family, and always spoke of his children and grandchildren with great pride. Growing up in Carlisle, Brad was influenced by his father’s interest in airplanes, and by his grandparents’ life on the farm, and work ethics. Brad’s passion for aviation became a lifetime profession, first as an Aircraft Maintenance Engineer (AME), then as a pilot for the Ontario Government, and later in corporate flying. Brad also delighted in all things related to gardening, eventually owning his landscaping business. Many hours were also spent volunteering, tending to the church gardens. In recent years, Brad joined Men for Missions and participated in a church build project in Haiti. Brad and his wife Caroline became missionaries with One Mission Society Canada, working in Cap-Haitien, northern Haiti at the 4VEH Radio/TV station, primarily with building renovations. Never one to just sit around, Brad took up sailing a few years ago, and dreaming of sailing south. Right up to the end, Brad resolved to look at life with enthusiasm, choosing to see the positive despite the circumstances, recognizing the hand of God in all things. The family would like to express their sincere thanks to Dr. Lund, Dr. Kwiatkoski and to Bayshore Home Care for their compassionate care of Brad. A private family graveside service will be held. Memorial donations may be made to: OMS International-Canada 327- 1295 North Service Rd. Burlington, ON L7P 0V5 (800) 784-7077 4VEH Radio- Haiti Project #70028 MFM Project #90735 (Men for Mission) www.omscanada.org OR Brigs Youth Sail Training 208 Hillyard Street, 2nd Floor Hamilton, ON L8L 6B6 416-596-7117 www.brigs.ca/donate. Donation links on the Funeral Home’s webpage. Arrangements are entrusted to the Graham A. Giddy Funeral Home.