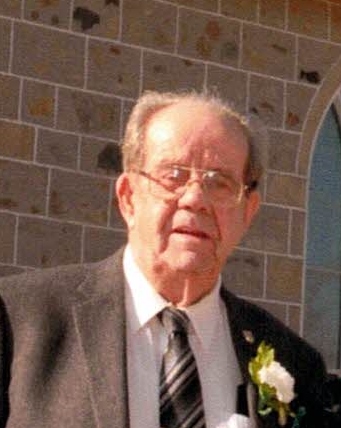 Passed away peacefully on Thursday, August 29, 2019 at Caressant Care, Arthur. Survived by his wife of 73 years Elizabeth (Beth) Park and his brother Gordon Burnett. Loving Father of Alex (Linda) and Helen Winters (Kerry).Proud Grandfather of Jason (Jenai), Stephen (Julie), Darryl (Anita), Anne (Neal), Rebecca, Lisa (Sean) and Daniel (Liz). Great-Grandpa of 15 and Great-Great Grandpa of 2. Also survived by his son-in-law John Schmidt. Predeceased by daughter Mary Schmidt and sister-in-law Doreen (Dot). John lived his entire lifetime on the farm at Lot 17, Concession 9 of East Garafraxa until moving five years ago to Heritage River Retirement Home in Elora, and then to Caressant Care Arthur for the last 3 months. John and Beth (who also lived on the 9th Line) were married on April 6, 1946. He was an active member of St. John’s United Church in Belwood and also on The McKee Cemetery Board. He was active in East Garafraxa sitting on school boards and planning boards. A very special thanks to all the care received at Heritage River in Elora and Caressant Care in Arthur. Family and friends visited on Tuesday, September 3, 2019 from 2:00 to 4:00pm and 7:00 to 9:00pm at the Graham A. Giddy Funeral Home, 280 St. David St. South, Fergus. The Funeral Service was held at St. John’s United Church in Belwood on Wednesday, September 4, 2019 at 2:00pm. Interment held at McKee Cemetery. Donations may be directed to St. John’s United Church, Groves Memorial Hospital or to a charity of choice. Arrangements are entrusted with the Graham A. Giddy Funeral Home.