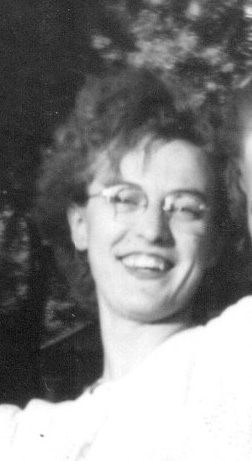 Of Palmerston passed away peacefully at the Royal Terrace Nursing Home, Palmerston on Saturday, August 8, 2020 in her 94th year. Beloved wife of the late Ross Bridge (2005). Cherished mother of Verna and Jim Morphy of Palmerston, Debbie and Bob Wanless of Holland Centre and the late Judy Thackeray (1987). Grace will be dearly missed by her grandchildren and great grandchildren. Sister of Elna and Bill Schmitz, sister-in-law of Margaret Wenzel. Fondly remembered by her nieces, nephews and friends. Predeceased by her parents Clarence and Una Wenzel, sister Ruth Nuhn and brother Olin Wenzel, sisters-in-law and brothers-in-law Lloyd Nuhn, Jean and Donald Hayes, Marion and William Clark, Walter and Hilda Bridge and Bob and Joyce Bridge. A private family graveside service will be held in the Palmerston Cemetery. As expressions of sympathy donation to the Canadian Cancer Society or the Palmerston Hospital Foundation would be appreciated by the family. Arrangements entrusted to the Heritage Funeral Home, Palmerston.