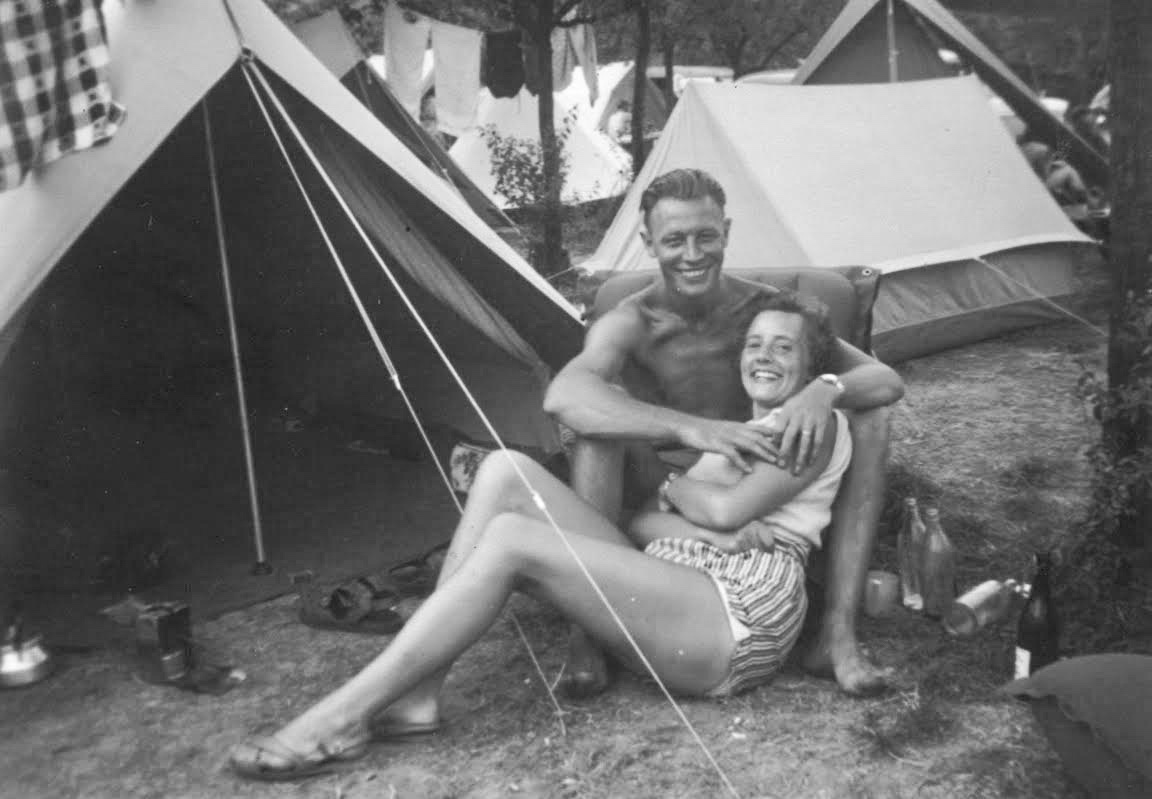 With profound sadness in our hearts we say good-bye to our mom, mother-in-law and oma, Anna Boer. Anna has been with us for 86 years and many memories have been made during that time, as we want to share a few of those with you. Anna was born in the city of Schiedam in the Netherlands in the year 1933 of a German mother and Dutch father. She has two brothers, one older and one younger. Anna’s upbringing was strict and times were not always easy. She was 7 years old when the second world war began, and few of the memories she shared, talked about sitting on the stairs with her brothers and mom and a few belongings in hand listening to the whistling of the bombs that fell around them. Miraculously they all survived. Anna was 19 when she married my dad, he was 25 and had spent his time in the war captured by the Germans and 3 years in Indonesia. After the war they had nothing but were hard workers their whole lives and married in April 1953. They also loved to travel and she spent many hours on the back of my dads motorcycle traveling through Europe. Anna was a very gifted seamstress and worked as such for a long time until I was born in 1964. She became a devoted housewife and mother until I went to fourth grade. She then found a job in the Hema, a department store and worked there until she retired at the age of 60. Whenever possible she would travel together with my dad or just with a bunch of friends. She was always full of energy, loved to sing and made most of my clothes, some just copied by looking at them in the store and then she would buy some old wrangler tags to sew them on the back of the ones she made. She played the mandolin when she was younger and electric organ until the end, she loved her crafts and card making and liked to paint. She also loved to exercise, it was one of the things allowed when she was growing up and she always pursued it, mostly in the form of a ladies group gym and swimming, where she always took me with her almost from the day I was born, but also going for winter vacations to cross-country ski. She was a very neat person, with her it was always quality before quantity, dressed with great taste, her house clean and beautifully decorated, she also was a good cook. But like her mom, she was strict and sometimes overprotective which can be easily explained by her own upbringing interfered through wartimes. Although money must have been tight, she was a whiz with it. I certainly have never been lacking anything, but I was also not brought up spoiled. She and my dad both taught me the values of life, to work hard, don’t complain, the spirit and importance of travel and so much more, all of which I am eternally thankful for and now can pass on to my daughter and Anna’s only grandchild, Gillian, whom she loved so much and the two of them got along absolutely fantastically. When my dad passed away in 2005, she decided that she would want to live in Canada, where she could spend the rest of her life surrounded by the only family that mattered to her, as she adored her son-in-law and my husband Walther and her only granddaughter Gillian, so it was that she landed in Toronto in a ferocious snow storm in November 2008. Being 75 then, language was her biggest enemy and she struggled with that until the end. One of the first people she met was Mary Quartel, being dutch as well, the two of them became great friends as they looked after each other until the end came for Mary, but Anna did not give up on the Greenhouse and became Richard’s “helper” and enjoyed all of her time there and until last summer she was up and about, driving her little red car around and spending time in the vegetable garden Richard had made for her. Anna was a very independent woman, preferred to be by herself and as she got older and in more need of help, unfortunately for her that would limit the people that came to see her. But I want to thank her neighbours Cecil and the late June for keeping an eye on her every day for the last months when it was slowly becoming clear that she wouldn’t be living there for a whole lot longer and taking care of Piet, Anna’s canary. Also her loving friend Maddy who was so dear to her heart as the two would hang out and play card games and shared lots of laughs. Last but not least a big thanks to Richard who became a bit of a son to her and would visit often, play cards, take her out for meals, take her on business trips for the greenhouse and so much more. Thank you all for your love and patience. As I am bound to forget those who meant a lot to Anna in the Netherlands as well as in Canada, we thank you, we love you for being there, visited or called her faithfully over the years she spent in Mount Forest. My mom slept in quietly on Saturday, July 27 in Caressant Care Nursing home in Harriston as my husband Walther and Gillian had just said their goodbye’s and left for home and with me by her side and surrounded by so many who gave her the best care possible, thank you all ladies, you’re forever in my heart. Love you always Mom, your daughter Ingrid. 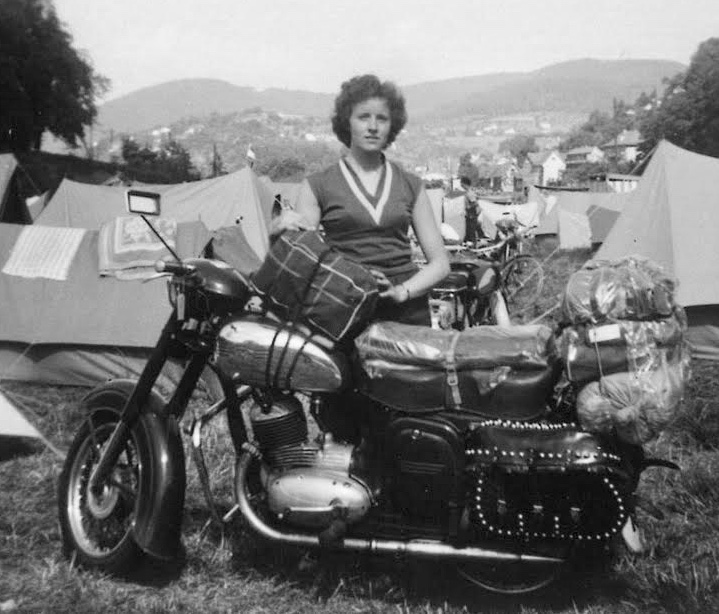 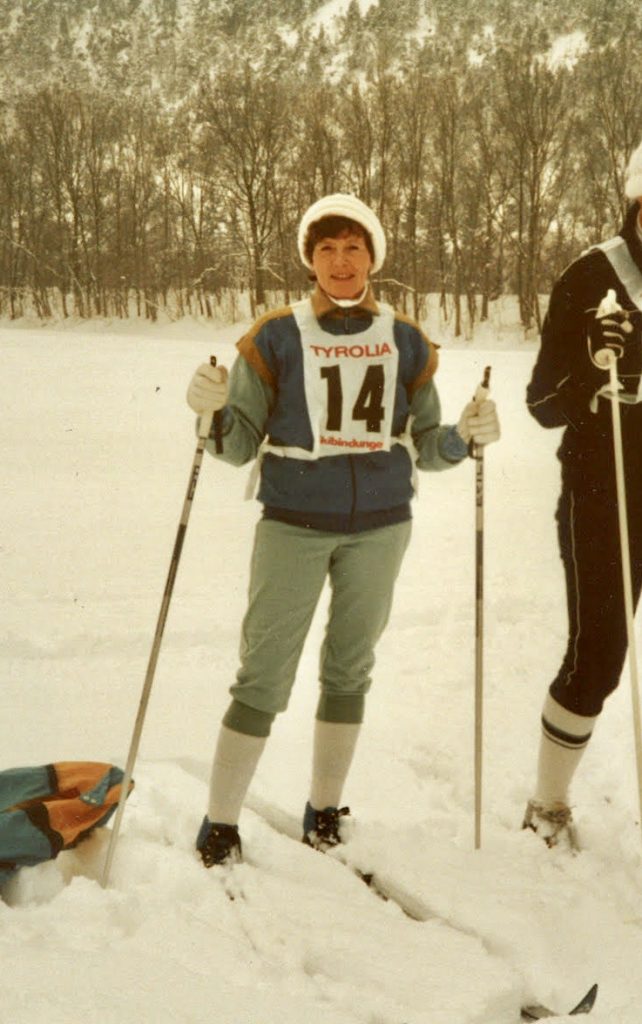