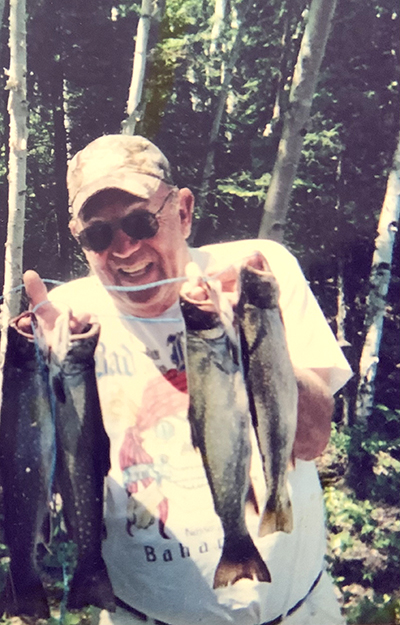 Passed away peacefully at Grand River Hospital, Freeport Campus, Kitchener, on Tuesday, November 16, 2021, at the age of 81. Father of Terry and husband Paul McTaggart of Lucan, David and his wife Karen of Ayr, and Jacquie Birk and Brian Clarke of Brighton. Devoted grandfather to his grandkids. Doug will be lovingly remembered by his sister Keitha and husband Bob Graham as well as by his nieces and friends. Doug is predeceased by his father and mother, Ivan and Milta (Gingerich) Birk. Doug was born in Palmerston in 1940 and spent his career as a welder in Kitchener, Ontario until a work place injury. He then moved to The Pas, Manitoba where he was a talented Taxidermist. He moved back to Kitchener as a contractor in 1999. Doug was a man of many talents; artist, leather work, etc. He was a proud member and supporter of the Polish Legion Branch 412 in Kitchener. At the legion he could be found playing shuffleboard, cards, and darts. He loved the outdoors, especially fishing. Doug enjoyed working on cars at his notable friends garage, Kirby Miller and was often found tinkering on cars and scuttlebutt at Kirby’s garage. Keeping with Doug’s wishes, cremation has taken place. A celebration of his life will be held at a later date. Arrangements entrusted to Haskett Funeral Home, Lucan (519-227-4211). As expressions of sympathy, donations in Doug’s memory may be made to the Royal Canadian Legion – Polish Veterans Branch 412, Kitchener or the Heart and Stroke Foundation and would be appreciated by the family.