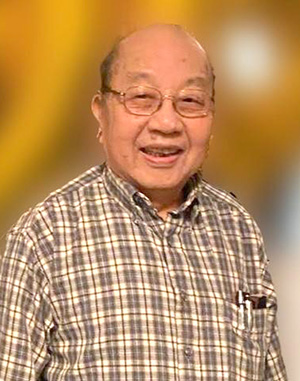 At the age of 97, Chuck Au passed away on April 3, 2021. Chuck was born in Hoi Ping, Guangdong, China to Wah Quan (George) and Polin Au. He came to Canada in 1947 to join his father George and Uncle Jim in Halifax. He operated the Deluxe Cafe with Wing Ding Au in St. John’s, NL from 1953-58. During this time he was reunited with his wife Ann and his mother Polin. Eventually they settled in Fergus, ON where he opened the Black and White Restaurant in 1960. Together with his wife and growing family, they ran a successful business for 58 years. Chuck was a proud member of the Fergus community. He touched the lives of many people with his generosity. He was friendly and welcoming to all with his sharp wit and sense of humour. Chuck was a devoted husband, father and grandfather. He loved the racetrack and slot machines and often had great success. Chuck was preceded in death by parents George and Polin (nee Cheung); and Ann (nee Ho) his late wife and mother of his children: Jenny (predeceased), Dave (Cathy), Don, Anna (Ted), Ed, Linda (Charles). He is survived by his wife Sue (nee Tan) and their son Jack. He will be dearly missed by his grandchildren: Alison, Heather and Kevin Au, Ben, Adam and Aaron Calverley, Carly and Bridget Lam. Chuck will be fondly remembered by his extended family and many cherished friends. A private family service was held Monday, April 12, 2021 at Pine Hills Funeral Centre in Scarborough Ontario. Memorial donations to Heart and Stroke (www.heartandstroke.ca) are welcome.