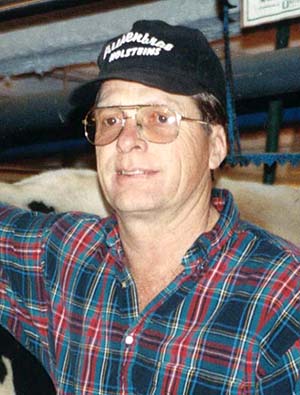 Peacefully at Louise Marshall Hospital, Mount Forest on Sunday, August 29, 2021 in his 73rd year. Beloved husband for 52 years to Bonnie Aitken (née Harris). Loving father of Dan Aitken and his wife Nancy Metcalf of Hayden, Derek Aitken of Mount Forest and Bob Aitken and his wife Melissa Motsch of Holstein. Loving Papa of Rylan, Charlie and Emmett. Dear brother of Muriel Fettes and her husband Bob of Port Dover and brother-in-law of Ken Harris of Markham. He will be sadly missed by his aunts, uncle, many nieces, nephews, cousins, extended family and friends. Morley is predeceased by his parents Walter and Olive Aitken, his brother Morris Aitken and his sister Marlene Aitken. Morley, along with his father and his partner Don Lantz ran a successful dairy operation for more than 25 years. Aitkenbrae Farms was synonymous with good pedigreed, fancy dairy cattle leading to two Master Breeder Awards. Dairymen from around the world were familiar with the name Aitkenbrae, as many of their cattle went on to achieve national acclaim. Morley retired in 2003, but his cottage and golf buddies filled in his time. Morley loved hunting deer and coyotes and he cherished his time spent with his hunt club buddies. He was an avid sportsman, with baseball and hockey being his two great loves. There was nothing better than pitching a knuckle ball to his favorite catcher or a good scrap on the ice. Followed by a cold refreshment after with the same person to iron out who really ended up on top. Morley was a guy who liked to speak his mind, he was first and foremost fair and honest, both in and out of business. He liked nothing better than a good argument or stirring up mischief. Morley had challenges over the last few years, but the storm the night he passed confirmed he had made it to his buddies that went before him, and it’s all good now! We will miss him greatly. A Celebration of Morley’s Life will be held on Friday, September 17, 2021 from 2:30 – 4:30pm at the Pavilion in the Holstein Jubilee Park, Holstein. This is a come and go event. You do not need to schedule an appointment to attend the Celebration of Life but please know you may be required to wait outside for a period of time if capacity numbers are reached inside the pavilion. Masks are mandatory and Covid protocols are in place. In lieu of flowers, those wishing to make a donation in memory of Morley are asked to consider the Cancer Patient Services, Alzheimer Society of Ontario or the Parkinson’s Society. Arrangements entrusted to the England Funeral Home, Mount Forest.