WELLINGTON COUNTY – For the first time in two months, there are currently no institutional COVID-19 outbreaks in the Wellington-Dufferin-Guelph Public Health (WDGPH) region.

The health unit made the announcement in its daily update on May 27.

Officials declared over that day an outbreak at Guelph Lake Commons that had affected one staff member.

Perhaps the most newsworthy outbreak closing came two days earlier, when WDGPH officials declared over an outbreak at Shelburne Residence. The outbreak at that home included 56 residents and 29 staff, and led to the death of 21 residents, making it by far the deadliest outbreak in the WDGPH region. Thirty-four resident cases and nine staff cases in Shelburne Residence are now resolved.

The first outbreak in the region was declared on March 24 at Guelph General Hospital.

Facilities within Wellington County that had outbreaks (now closed) include: Caressant Care Fergus, Royal Terrace in Palmerston, Strathcona in Mount Forest and Wellington Terrace in Aboyne.

In Wellington County there are 64 cases, 44 resolved cases and two deaths.

Statistics for the WDGPH region are included in the image below. 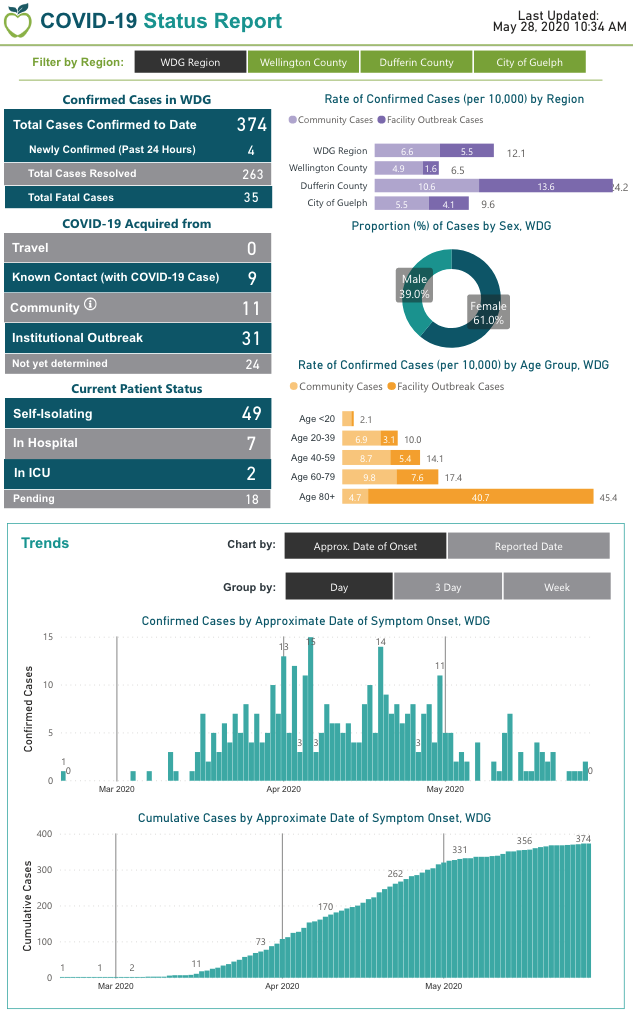