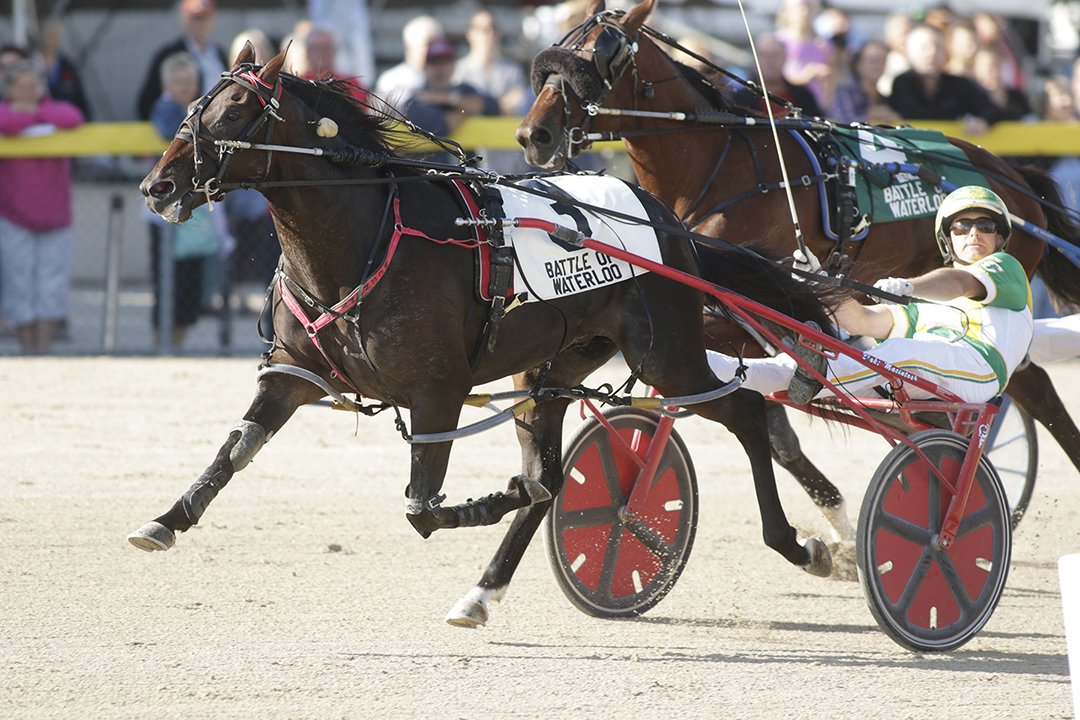 ONTARIO – The Alcohol and Gaming Commission of Ontario (AGCO) announced new rules around whipping and urging in Standardbred racing on May 31.

Standardbred Directive No. 3 – 2019 – Revision to Urging Provisions has amended rules to enhance the health and safety of horses and participants, and the integrity of racing, the provision read.

The amended wording will limit urging to acceptable “wrist action” only.

Already in effect at Woodbine Mohawk Park, the provision will come into effect at all Standardbred racetracks in Ontario on Aug. 1.

Any whipping or inappropriate urging violations that take place at races with a purse of $100,000 and over will result in a minimum fine of 20% of the driver’s earnings.

While on the grounds of an association, a driver or person in control of the horse is prohibited from using the whip  “to hit or make contact with the horse” by:

– raising their hand or hands above their head;

– causing any portion of the whip to be outside the confines of the wheels of the race bike;

– cutting or severely welting a horse.

Whipping was recognized as a necessary tool in racing in the fall of 2008 during an initial assessment of the practice.

According to the provision, the reasons for amending the rules around whipping included ensuring the welfare of the horse and promoting safety for racing participants, which included the horse.

However, other reasons included addressing “customer/public perception and education” and supporting growth of the customer base.

“Shifting public sensitivity on the use of the whip in horse racing must be recognized by all industry participants, who must also do their part in educating new fans about the sport,” the provision reads.

Whipping, the provision stated, was identified by racetrack management “as a barrier to increased customer growth.”

The provision also provides more description on what is considered to be inappropriate urging, including what is defined as excessive and aggressive action.

Inappropriate and excessive urging of the horse included:

– use of the whip when a horse is not in contention in a race;

– using the whip without giving the horse enough time to respond;

– using the whip on the horse anywhere below the level of the shaft of the race bike.

A third violation within one year of the first will result in an immediate suspension and referral to the director. The provision can be accessed online at www.agco.ca.