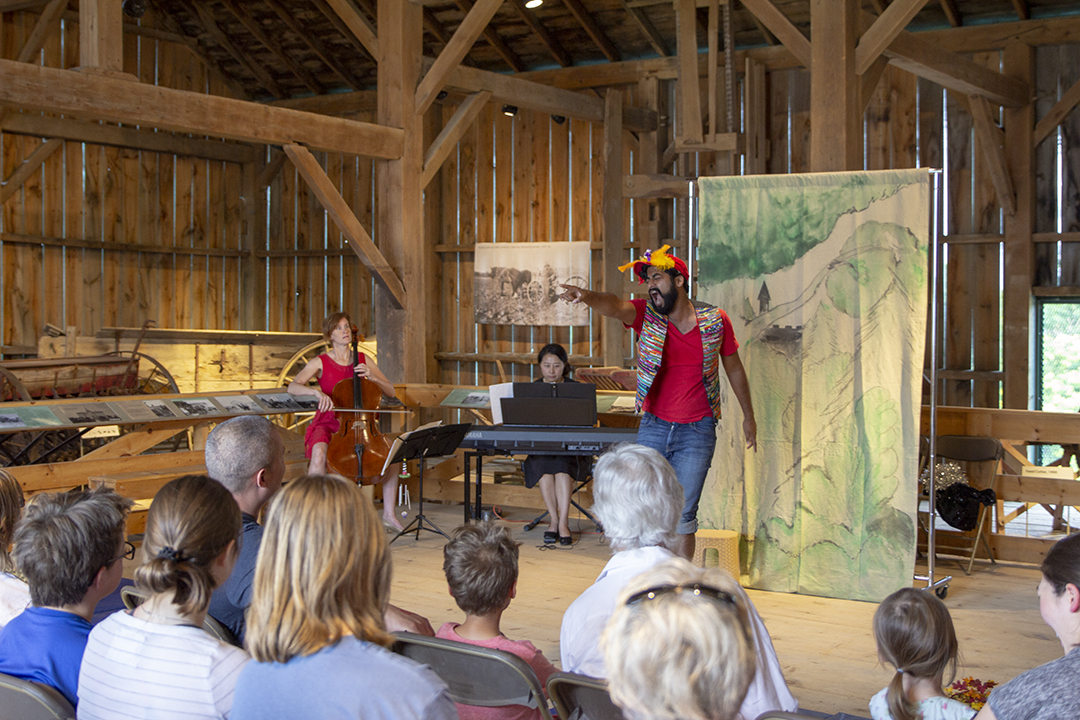 Anniversary year - The Elora Festival will celebrate its 40th anniversary this summer. The festival will take place in various locations throughout Elora from July 12 to 28. Last year the festival held its first family series concert with the Shoestring Magic Flute at the Wellington County Museum and Archives. The series continues this year with various performances. Advertiser file photo

The festival has a focus on the Elora Singers themselves as the professional choir in residence.

“I really wanted the singers to be front and centre to the festival and so of course not every program involves the singers but I tried to make sure that the singers not only were featured in their own programs, which are many, but also to integrate them with some of our guest artists,” Vuorinen said in an interview with the Advertiser.

The Elora Singers will be featured in more than 10 performances throughout the festival, which runs from July 12 to 28 at various locations throughout Elora.

He also said the Path of Miracles (July 18 at 7:30pm at the Gambrel Barn) is a new direction for the Elora Singers.

“This is a musical depiction of the famous pilgrimage hike in Spain called the Camino,” Vuorinen said.

The pilgrimage is 800km long and ends in Santiago.

“This is a musical depiction of that walk and it’s just an extraordinary piece,” he said.

“Very, very difficult but … I think the audience’s reaction to it is as though they themselves have taken this pilgrimage.

Vuorinen said the festival is working to include some technology-based immersive experience as well.

“We hope that it will be able to involve some projections and some sort of multimedia experiences that sort of surround the audience that can kind of immerse them not only in the sounds of music but also in visual elements for them to look at too,” he said.

The opening night performance by State Choir LATVIJA (July 12 at 7:30pm at Gambrel Barn) is part of the program largely because of Vuorinen’s contacts.

“I research Baltic music and have been very connected to the Baltic musical scene for many years,” he said.

“Estonian, Latvian and Lithuanian music and so that connection is certainly something that I was able to foster.”

The festival will continue with its traditional educational component with a family friendly opera program, student masterclass with Jane Archibald (July 15 at 1pm at St. John’s Church) and the Kids Camp (July 22 to 26 at the Elora Centre for the Arts)
which will be performing Seussical KIDS! after a week of rehearsal.

For a full program list and to purchase tickets visit www.elorafestival.ca.