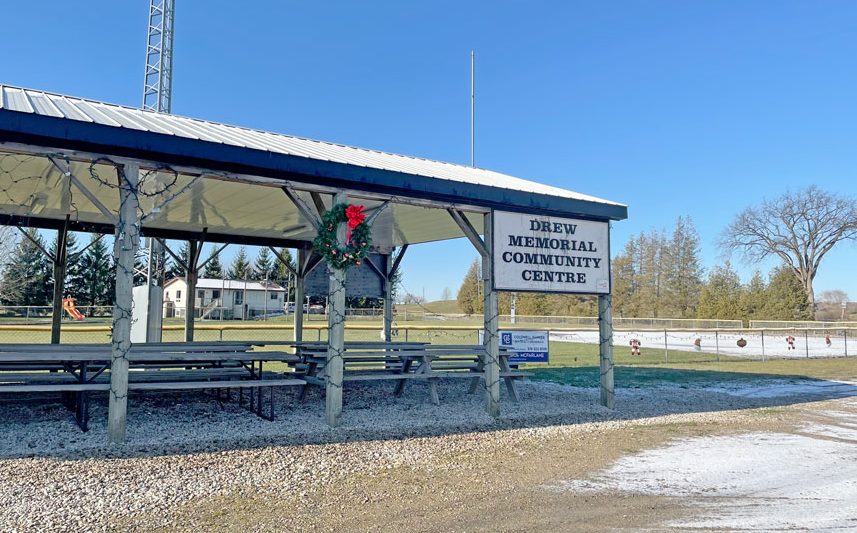 The Town of Minto wants Wellington County to leave room for some expansion of small population centres like the area around the Drew ball diamond in its revised official plan. Advertiser file photo

MINTO – Town council here continues to oppose removal of a section of the County of Wellington Official Plan that would prevent even minimal growth in some small rural settlements.

Like all municipalities across Ontario, the county is required to update its official plan by July to comply with new provincial policy.

The process, known as a municipal comprehensive review, started in Wellington in the fall of 2020.

Follow the Dec. 7 council meeting, Minto forwarded several comments to the county including:

The main concerns for Minto are the implications of the new settlement hierarchy contained in proposed Official Plan Amendment (OPA) 119.

If approved, with the removal of section 6.4.7, OPA 119 would not allow limited infilling in small rural communities.

In the letter, Wilhelm pointed out provincial officials confirmed in a Jan. 26 meeting that section 6.4.7. conflicts with provincial policies on growth and new developments in prime agricultural and rural areas.

Wilhelm stated council staff will consider the town’s comments to determine if the policy could be modified to allow it to remain in the official plan.

“So you can see by the response from county staff that they may not agree with us completely on our requests for them not to remove that policy from the official plan,” observed Minto CAO Derrick Thomson.

In a Feb. 15 report, White and Thomson encouraged council to monitor both Official Plan Amendment 119 and the county comprehensive review “and continue to provide consistent and quality feedback to protect both urban and rural interests in Minto.”

While there is some resistance to Minto’s position at the county level, White noted there is also some movement to reconsider the planned elimination of section 6.4.7.

White said that at a Jan. 31 open house on the county official plan review, the county  “did hear some minor opposition from other parties to that section coming out.”

White stated, “I’m not sure that all the rural municipalities really understand completely what that might mean, if that were to come out of there.

“So I was happy to see I think that the county is willing to look at retaining it with some policy clarifications. But that remains to be seen.”

Deputy mayor Dave Turton asked White about the level of opposition to removing the section in question.

“Well, there’s some uptake in it, more in Puslinch, but there really isn’t much elsewhere that I see. And, you know, I’m kind of surprised at that,” said White.

He noted the province seems to be primarily concerned with infilling and rounding out in prime agricultural areas.

“And I think if that were to be the case, and that section remained in there with some qualifications on it, I think that would be good for the town – probably give as much as flexibility as we could hope for in the future.”

Mayor George Bridge said, “I don’t want the county to have a tougher … program than the province. It doesn’t make any sense to me.”