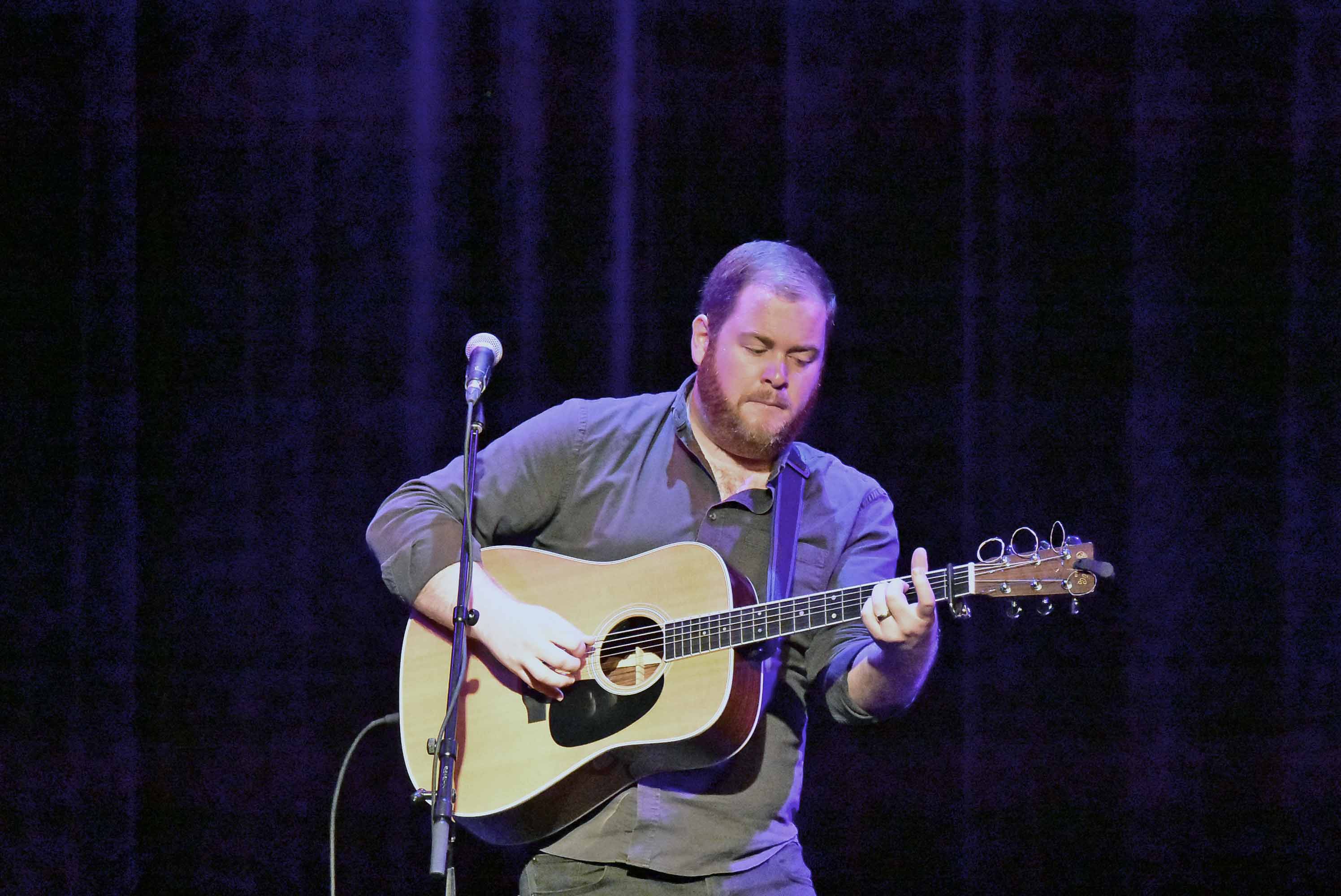 Songs of Newfoundland – A night of Newfoundland story telling and song was presented at the Fergus Grand Theatre on May 24. Mathew Byrne, a collector of traditional songs from “The Rock,” was brought to the theatre by WeeAlex productions. Byrne is an up and coming award winning guitarist who performs songs from his native Newfoundland. Each song had a story behind it, which he narrated to the audience before he sang. Photo by Bill Longshaw