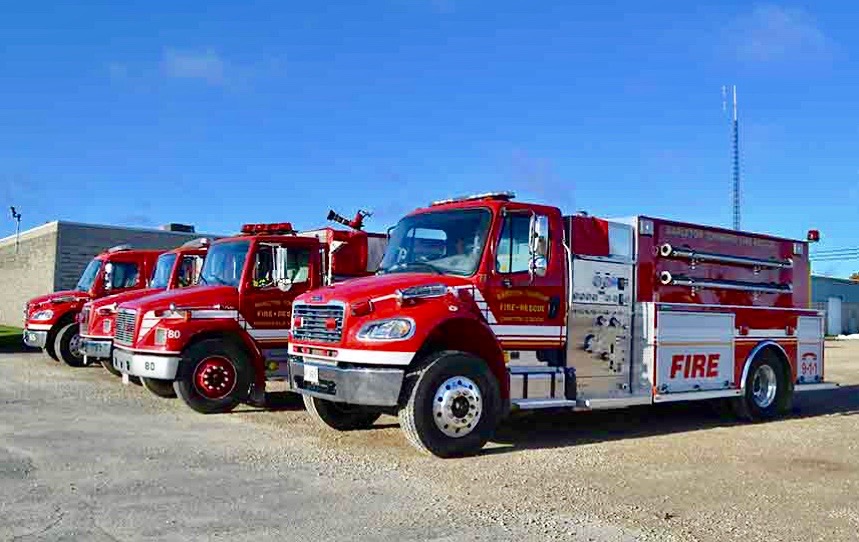 “With the increased workload put into administration and the need for more fire prevention and education, additional hours will enhance these services,” states Richardson in a report to council.

The report lists the following duties that must be completed within the fire department’s limited allotment of administrative hours:

The report also notes inspection services are currently limited to the Ontario Fire Code minimum upon complaint or request.

Richardson estimated the increased staffing would require a financial outlay of $20,000 for the remainder of 2020 and an additional $40,000 per year going forward.

Richard told council Mapleton has the smallest annual fire budget among comparable municipalities in the area, which range “from $1.7 million down to where we are at $746,000.”

Councillor Dennis Craven noted the amount of administrative work for fire departments has been rising for some time.

“When we first hired Rick to be our chief there were several people … who wondered what he was going to do full time,” Craven commented.

Councillor Michael Martin said, “This one’s an awkward one for me because I respect the heck out of what you do.”

However, Martin said he was “struggling with the business case” for increased staffing “in the context of small, rural community, volunteer-based.”

Martin asked if Richardson could pull back from actively responding to fire calls to devote more time to administrative duties.

“You can say the fire chief’s job is administrative in nature. I guess it’s not in my nature not to go to calls,” Richardson replied.

“We went through discussions with Wellington North and Minto to have one overseer,” noted Mayor Gregg Davidson, who pointed out those neighbouring municipalities recently agreed to share a single director of fire services and a management team.

“Going that route, would that allot you more time?” the mayor asked.

“We never got that far in the discussions,” said Richardson, noting Wellington North was motivated to move quickly on the agreement due to the impending retirement of former fire chief Dave Guilbault.

“That all went through without us being part of the discussion,” Richardson added.

“The challenge, chief, is that we are in August and you’re looking for some funding,” said Davidson.

Martin put forward a motion to defer the funding request to 2021 budget discussions, recognizing it would mean maintaining “status quo” until next year.

“I know he’s looking for it right now,” Martin observed.

Davidson stressed if the request for increased staff is approved, “This would be for 2021 implementation.”