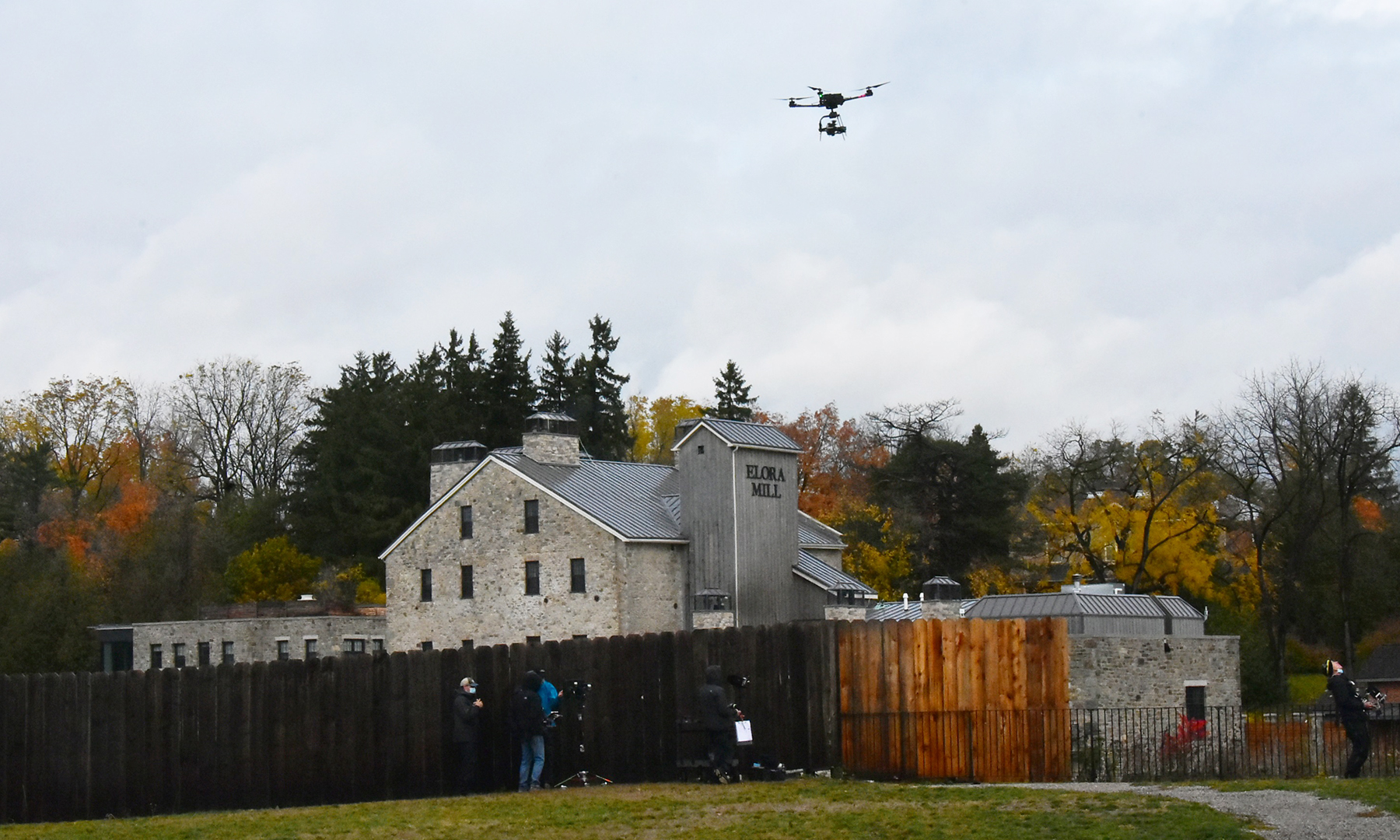 A scene from the movie 'The Man from Toronto' was filmed in Elora on Oct. 21. The scene involved drone footage of a car driving along Mill and Metcalfe streets. Photo by Bill Longshaw

ELORA – Residents of Elora may have noticed some unusual action on local streets and in the skies above the village on Thursday.

On the morning of Oct. 21, traffic was stopped intermittently on Mill and Metcalfe streets, as well as on the Jack R. MacDonald pedestrian bridge, as a drone filmed a scene for the movie The Man from Toronto.

It is expected to hit theatres next September.

In the IMDbPro film, “the world’s deadliest assassin and New York’s biggest screw-up are mistaken for each other at an Airbnb rental,” states the synopsis at IMDb.com.

According to a notice provided by the production company to local residents and businesses, the Elora scene involved a drone, flying about 30 feet high, “along the Grand River – starting near 60 West Mill Street – and continuing into downtown Elora at Metcalfe, filming a car as it drives along West Mill to Metcalfe, then up Metcalfe to Church Street.”

By all accounts the movie’s stars were not in Elora, but Grand River Raceway officials tweeted that a helicopter “landed trackside for a quick stop” at the raceway before setting out again to capture “some aerial footage” for the film. 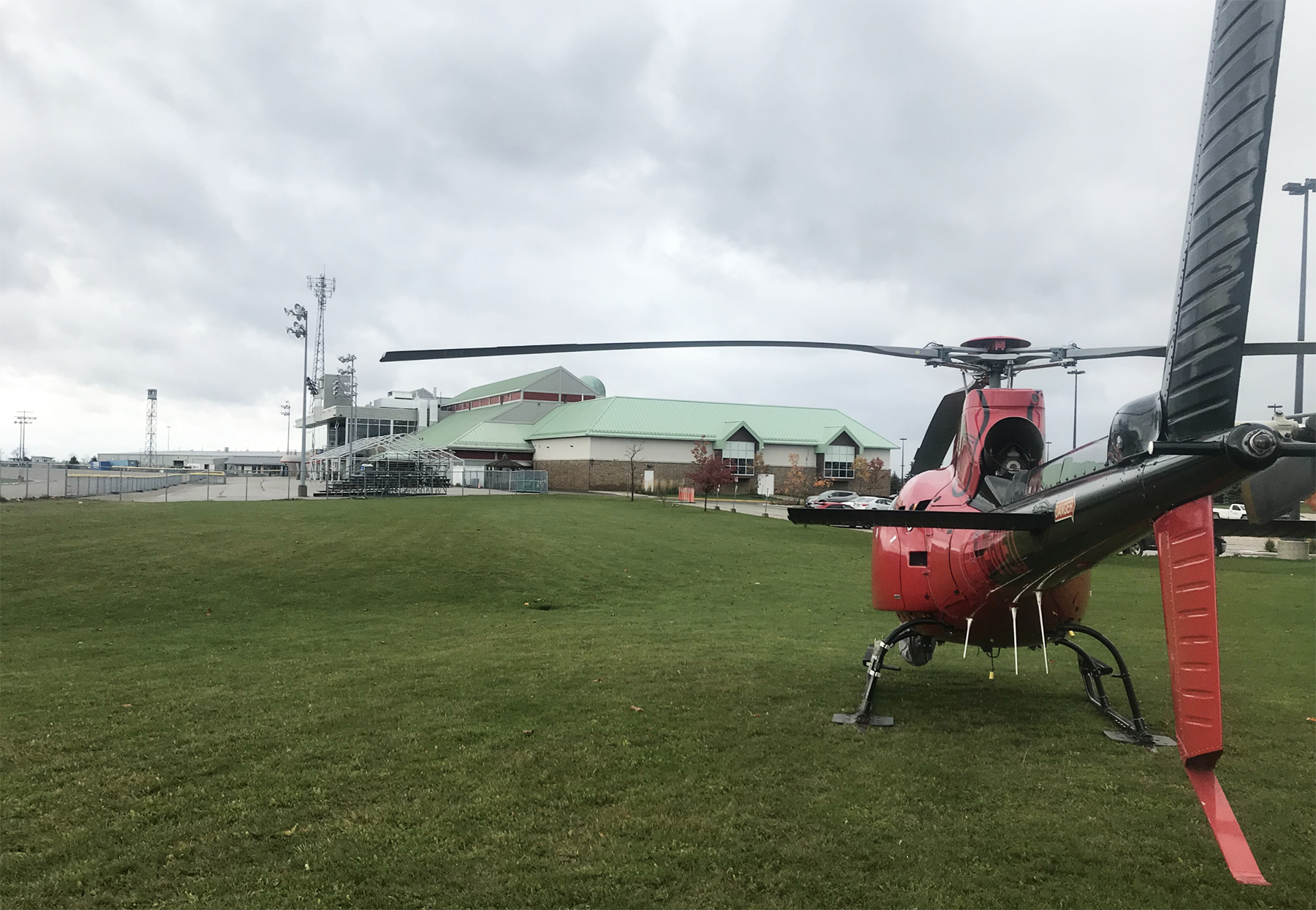 The Grand River Raceway Tweeted this photo on Oct. 21 along with the following caption: “We were a proud host to this beauty that landed trackside for a quick stop before setting out again. Busy day ahead capturing some aerial footage for the upcoming film ‘The Man from Toronto.’ Safe travels!” (@GrandRR Twitter image) 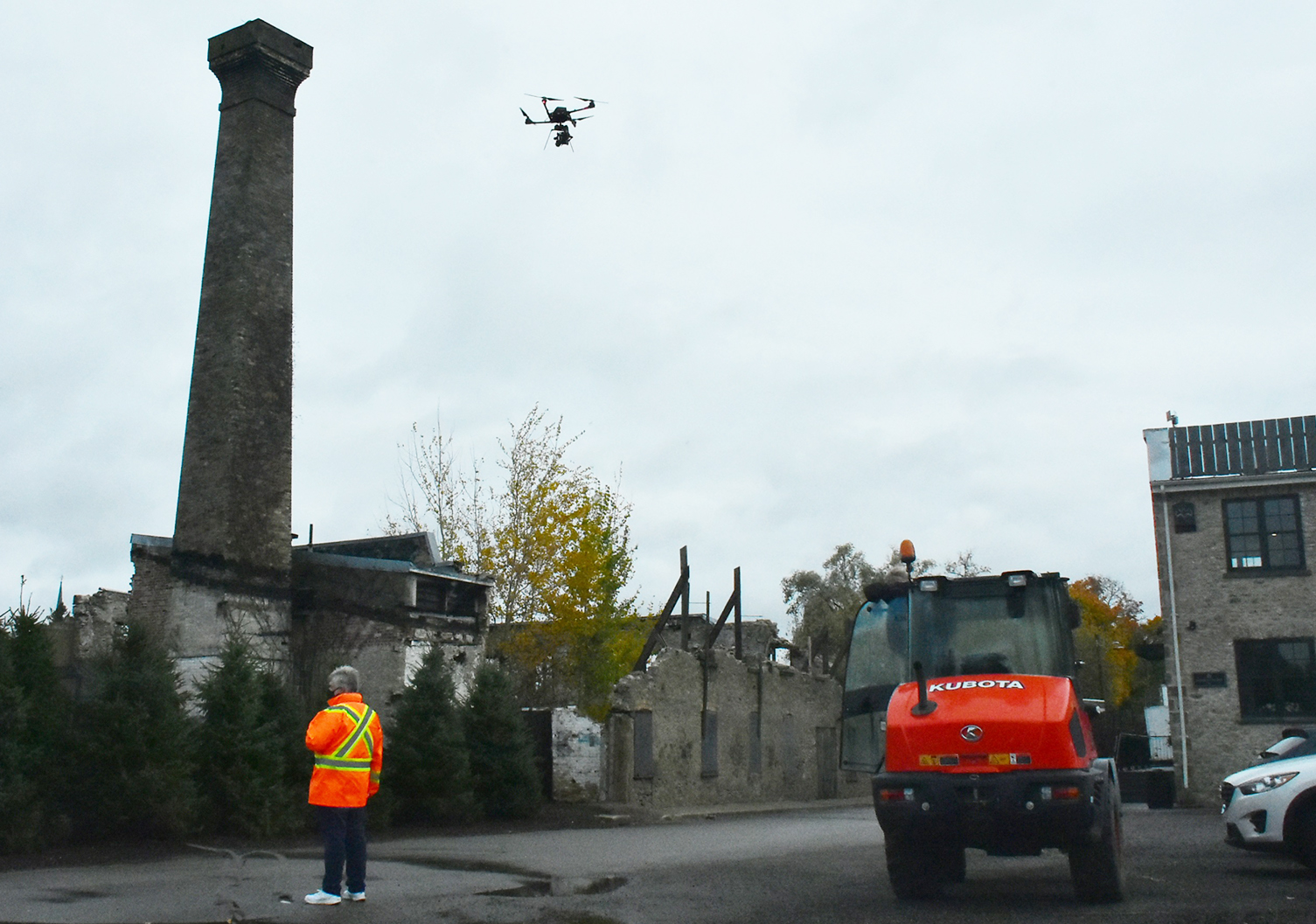 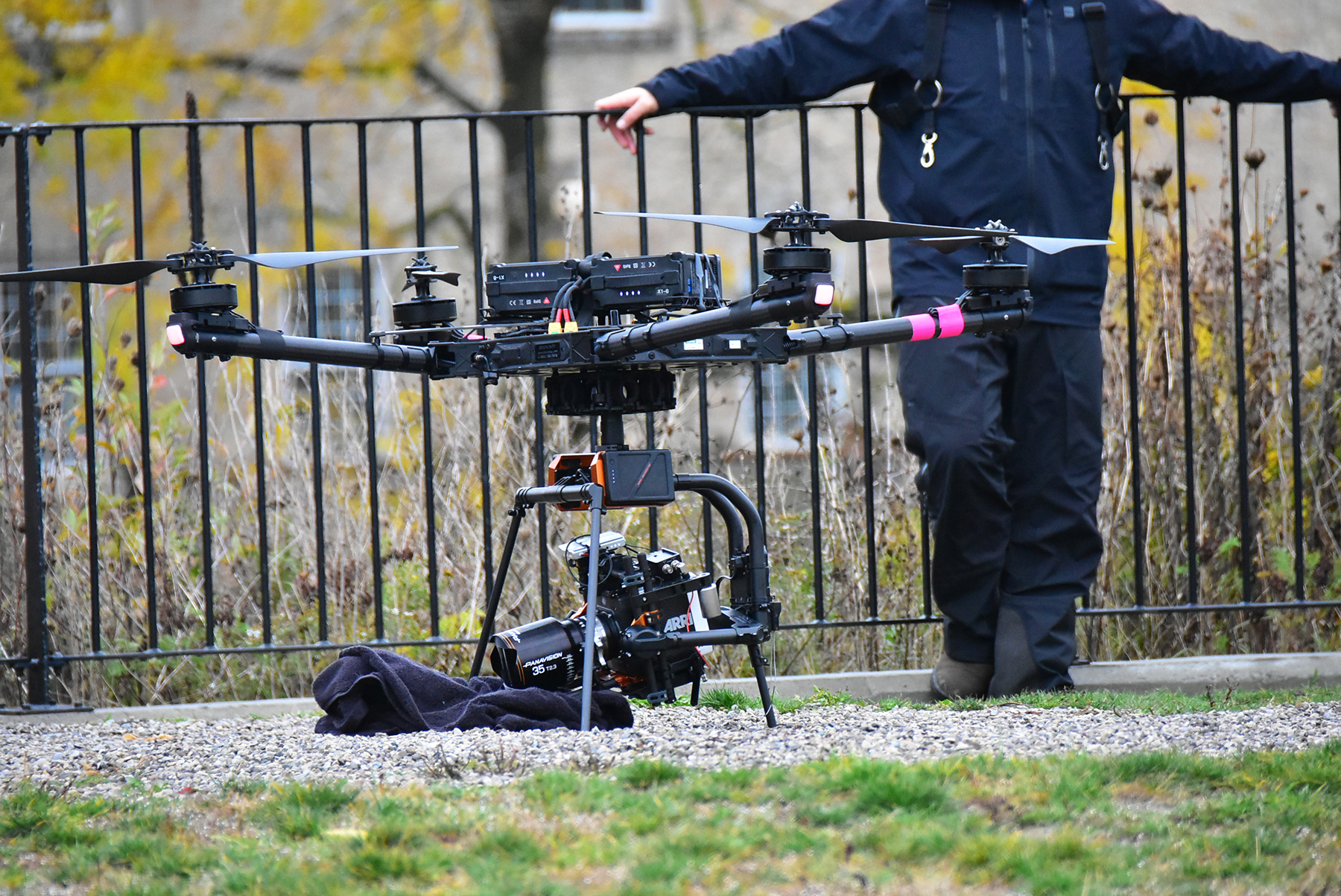