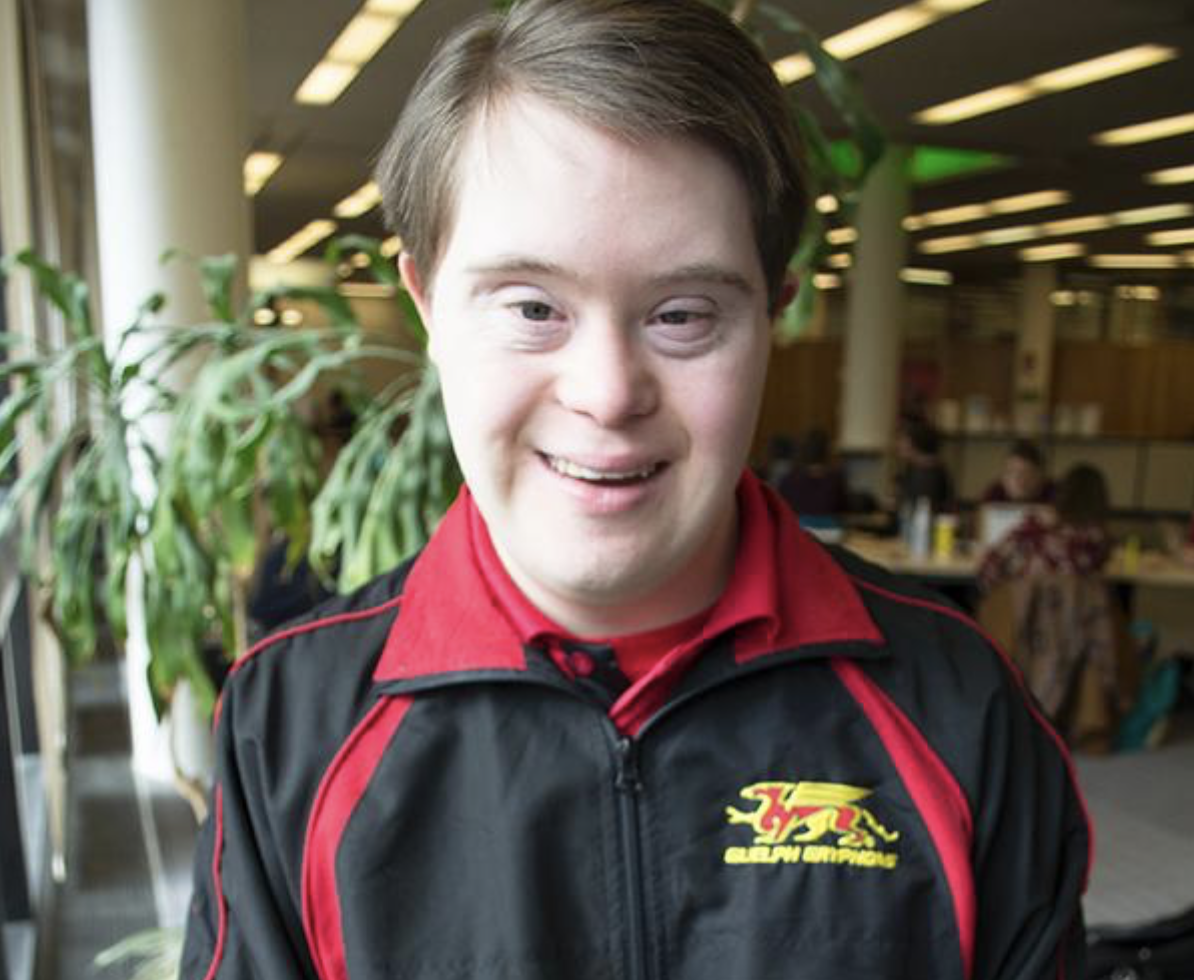 On Sept. 26, Taylor, 28, was part of Motionball’s virtual Marathon of Sport event raising money for Special Olympics throughout Canada.

In non-pandemic years the Marathon of Sport would be a one-day event in Toronto where about 80 teams participate in sports including basketball and ultimate Frisbee.

There are usually two Special Olympics athletes per team and the event raises about $300,000 a year.

This year, due to the COVID-19 pandemic, the Marathon of Sport went virtual as a one-hour program with four Special Olympics athletes, including Taylor, offering trivia facts between celebrity athletes leading home workouts and activities.

The program aired on Sportsnet on Sept. 26 and raised at least $1,025,000, with donations still accepted.

Taylor, who lives in Puslinch, has been involved for about 10 years with Motionball, a national non-profit that aims to empower young Canadians to be leaders and raises raising funds and awareness for Special Olympics.

“I wanted to be a part of something special,” Taylor said of joining the national broadcast.

This year he was on two teams for the event: Etherington Generation, which included Motionball founders Paul, Sean and Mark Etherington and their families, which raised over $70,000; and the University of Guelph team with about 25 students, which raised about $3,000.

Teams couldn’t participate in sports this year, but they were encouraged to connect virtually during the broadcast as they tried out the different celebrity activities.

Some of the celebrities included:

“To be alongside celebrities like Penny Oleksiak, Tessa Virtue … Craig and Mark McMorris, is an awesome feeling and a dream come true to me,” Taylor said.

Taylor’s dad Steve Redmond explained the athletes could do what they wanted with their five-minute segment.

“[Anderson] did some in his wheelchair, he did some ball handling drills and he dribbled around his back, around the wheelchair,” Steve said.

“They were all doing a fitness segment … Morgan Rielly went against Natalie Spooner and they were in their homes and they did a little fun stick handling event.”

For his part, Taylor and Steve travelled to Mississauga to do a film shoot at Studio 2D on Aug. 24.

The film crew from Studio M in Toronto produced the Marathon of Sport video and joined Taylor in Mississauga. 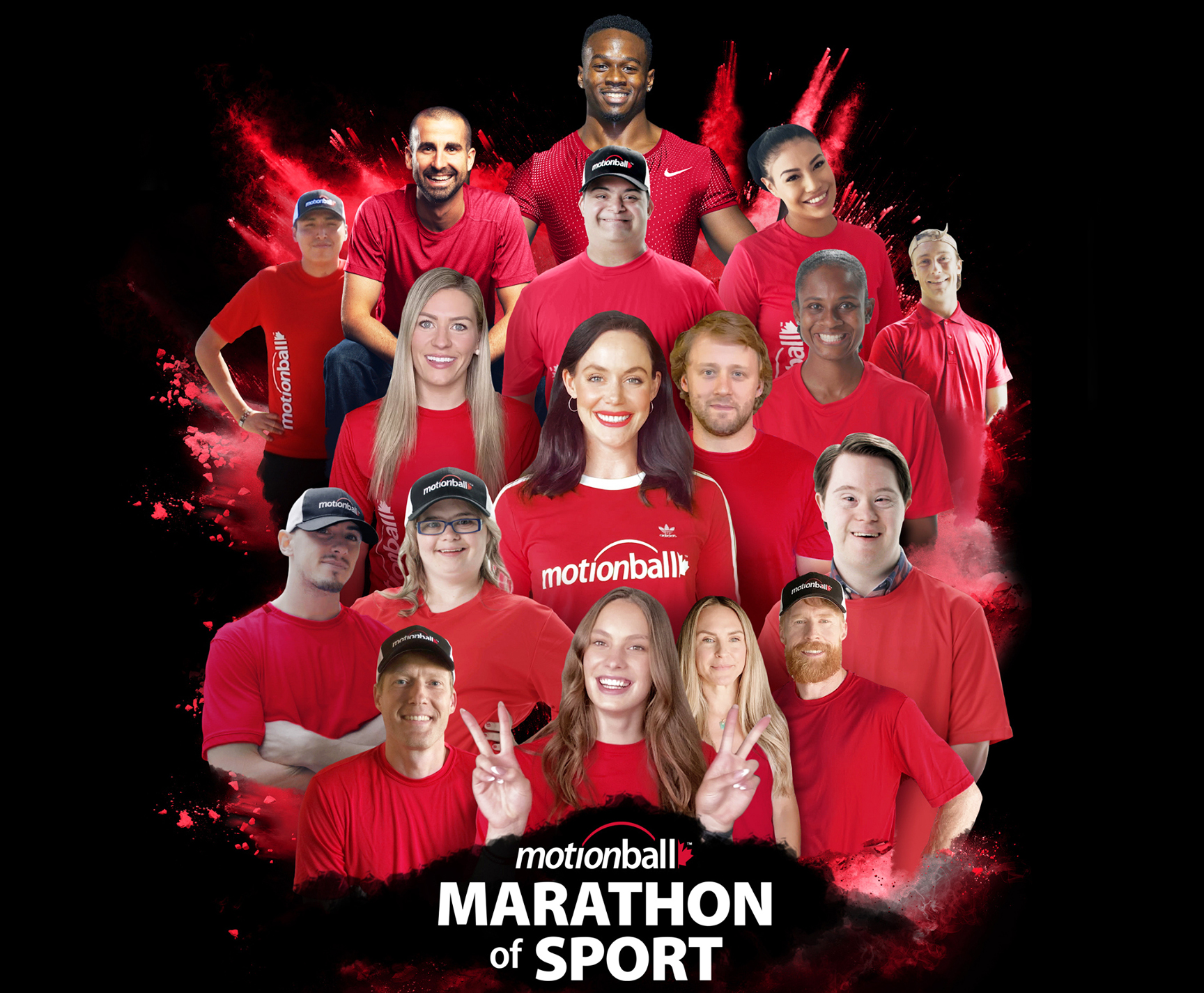 “They had some tight COVID security,” Taylor said. “They did our temperatures. And for my filming part I got to take my mask off.”

Steve said that was the only time anyone took their masks off.

In addition to filming the trivia segment, Taylor said he also got to show off his dance moves.

“We got to dance to Justin Bieber to Beauty and the Beat and have fun,” he said.

Of the over $1 million dollars raised during the Marathon of Sport, 70 per cent will go to the provincial Special Olympics group where the funds were raised and filter down to the local chapters.

The remaining 5% will go to Motionball’s #NoGoodWay campaign that advocated for a more inclusive society.

“The there’s #NoGoodWay campaign is a national anti-bullying movement that aims to end the use of the r-word (retard) in everyday conversation,” Taylor said.

Taylor is also an ambassador of the #NoGoodWay campaign.

This year has been tough for Special Olympics athletes, with local sports shut down since mid-March and no reopening date in sight for most sports.

Steve said bowling might begin soon, but no other sports are scheduled to start up until at least January.

Taylor’s Guelph-Wellington basketball will be conducting virtual workouts on a weekly basis, but can’t run basketball-related skills training because not all athletes have a place to dribble and participate in the virtual call.

“We were really disappointed with the cancellation of the spring games at Laurier because his basketball team qualified and now we don’t even know if they’re going to have it next spring,” Steve said.

“That’s what we’re still hoping for, that Laurier will hold the provincial games next May.”

To donate to the Marathon of Sport visit motionball.com.