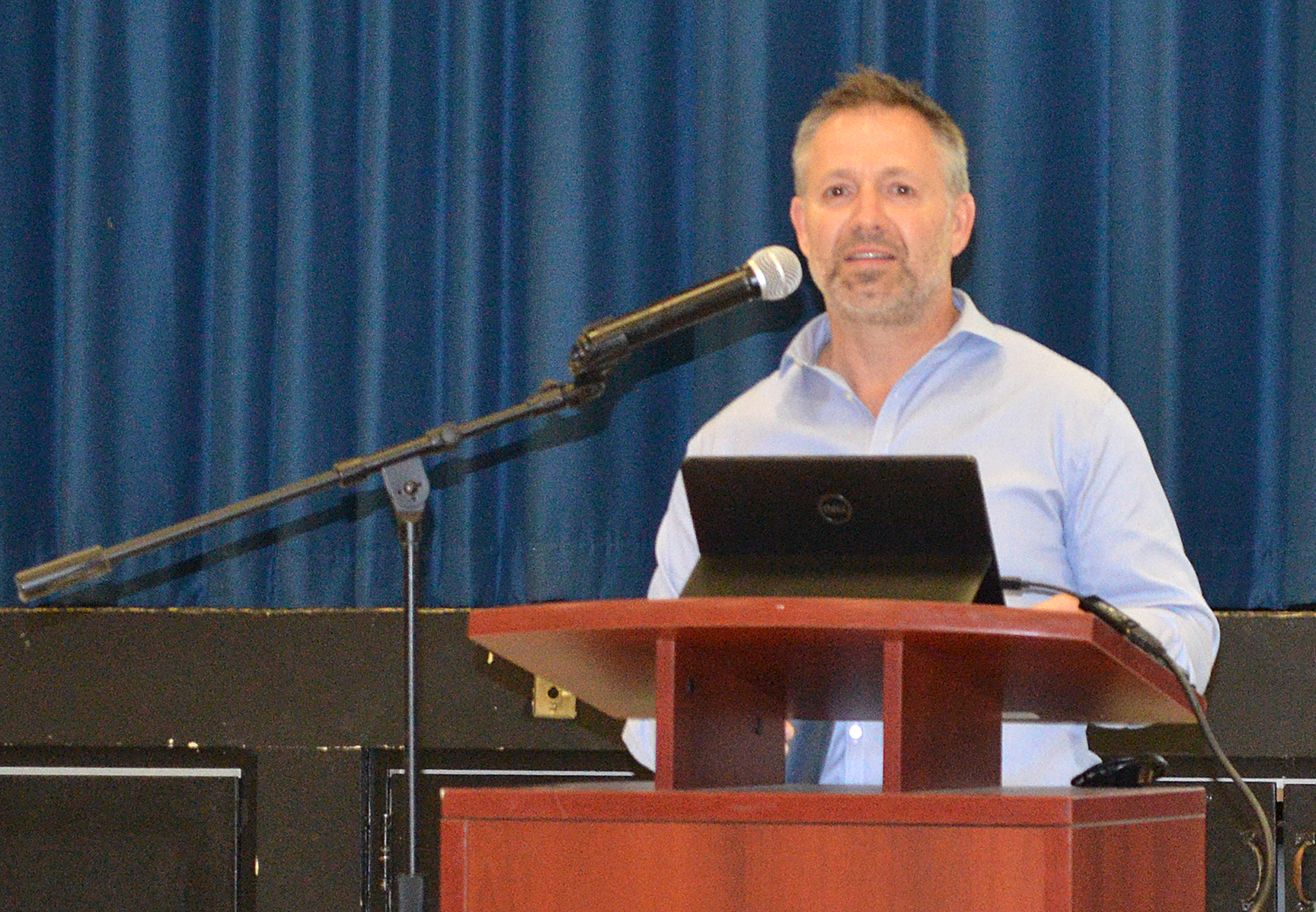 Centre Welington Mayor Kelly Linton is not running for re-election. He announced his intention to step away from politics at a public open house on April 28. Photo by Joanne Shuttleworth

FERGUS – Mayor Kelly Linton will not be running for re-election in the October municipal election.

Linton made the announcement at the township’s project open house and town hall at the Centre Wellington Community Sportsplex on April 28.

“Eight years is long enough. That applied to others, and it applies to me,” he told the crowd.

He has also served as warden of Wellington County since 2018.

Linton thanked township staff and council for their hard work over his terms in office and especially thanked his critics.

“Local politics is tough,” he said. “It’s made me more resilient.”

Linton said there needs to be a province-wide code of conduct for municipal councils, making fleeting reference to the conflict experienced on Centre Wellington council this term, when the Integrity Commissioner was called in multiple times to investigate alleged code breaches by councillors.

He said the township needs good leaders “who will work respectfully with each other and staff.”

Linton will remain at the helm – in the township and the county – until November when a new council and mayor will be sworn in.

He lauded staff, the two township CAOs and one county CAO he’s worked with over 12 years, and the many volunteers and community groups who make the community a better place.

On his Facebook page, he said: “It’s official. It has been a great ride and I’m so thankful for the amazing people I’ve had the chance to work with! Someone else’s turn now.”

So far only one candidate has registered to run as mayor in Centre Wellington.

Shawn Watters, who previously sat on Elora and Centre Wellington councils and was a county councillor from 2010 to 2018, announced on April 6 his intention to run for mayor.