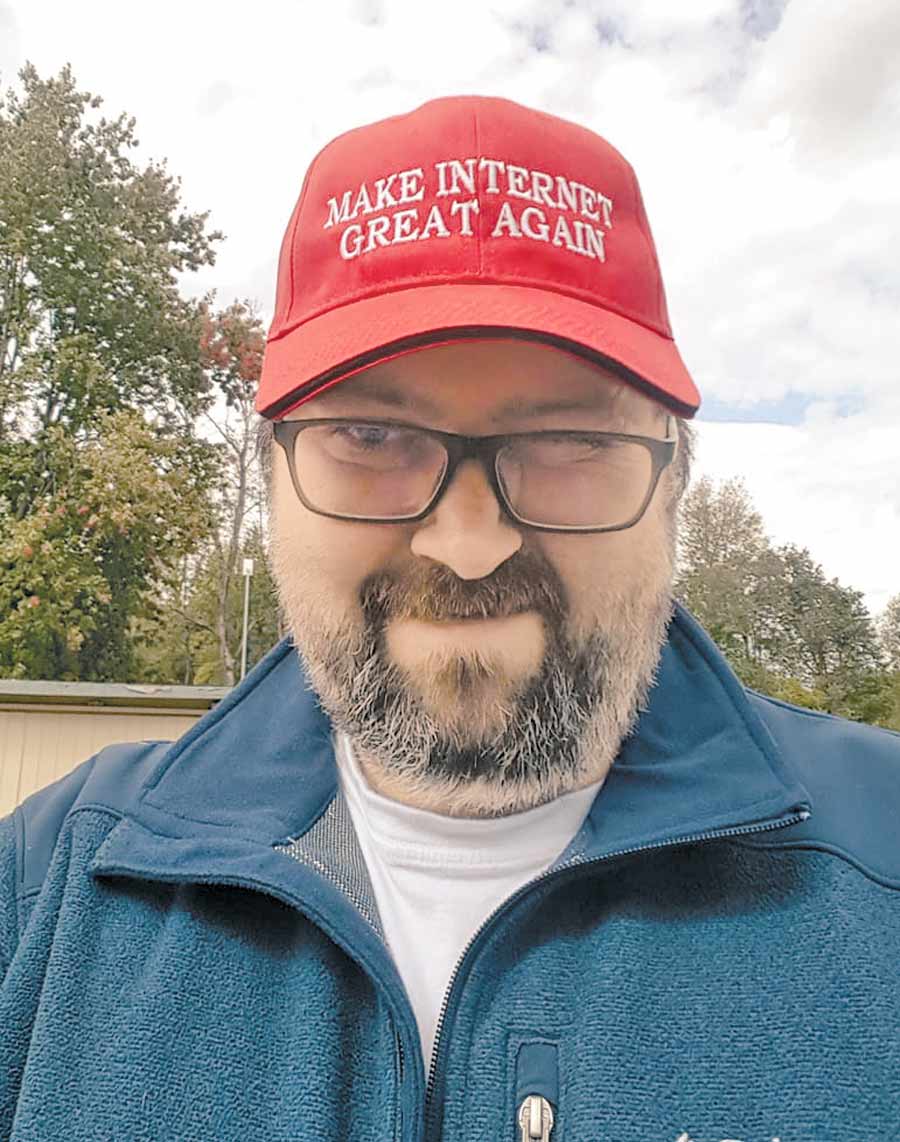 ARISS – After years of work to provide high-quality internet near Ariss, Philip Mullis is upset that public money will subsidize another company to build infrastructure in the area.

Mullis moved to Ariss four years ago and, after being disappointed with local internet options, he decided to use his technical skills to bring in high-speed wireless internet, and later, the first stages of a fibre-optic network.

Now, after investing more than $200,000 along with Arnold Stoll of Avetria Networks, he’s angry that $1.7 million in public funding has been given to a larger project that would serve about 700 homes in Ariss, Ponsonby and Inverhaugh.

That funding was awarded on Jan. 20 to EHtel Networks to support a $2.6-million project that includes fibre-optic lines along 33km of under-served roads in Guelph-Eramosa and Centre Wellington, as well as wireless service from towers. Completion is expected in 2021.

The award is a portion of $7.5 million in provincial and federal funding announced for Wellington County by the Southwest Integrated Fibre Technology (SWIFT) agency, which has lobbied for government support to boost rural broadband.

It is the culmination of a request-for-proposal (RFP) process.

Wendy Peeters, sales manager at EHtel Networks, said the company plans to offer “exceptionally reliable internet speeds of up to 1Gbps, with IPTV and home phone.”

Also on Jan. 20, Mullis said he got an email from SWIFT stating it does not consider the Ariss area to be sufficiently served.

SWIFT communications manager Melissa O’Brien confirmed that Mullis met with SWIFT officials last fall, but said they were “unconvinced” about the ability of Wireless Farm to deliver the project.

“Mr. Mullis was unable to demonstrate with any degree of certainty that he would be successful in his desire to deploy a fibre-to-the-home network in the area,” O’Brien said.

Mullis said he was not applying for funding, just providing information and maps to show what was being done and planned.

“If you show them streets done in fibre and well-done wireless towers providing huge capacity to rural folk, I’m not sure what their measuring stick is,” he said.

He came away from the meeting feeling assured that SWIFT would not fund another company, but SWIFT says that was not the case.

“Absolutely no assurance was provided to Mr. Mullis that SWIFT would not fund projects in the area,” said O’Brien.

Mullis argues the Ariss area is not actually under-served, since there are already several wireless options.

He said he lobbied for two years to get access to the water tower on Wellington Road 38 to bring in high-volume internet from Guelph and distribute it across the countryside.

He said his partnership and another company are installing fibre-optic lines with private investment.

“Fund only where funding is required,” said Mullis. “They have millions of public money. Do they really need to spend it all if the private companies are doing the work without funding?

“I’d like to see the funding pulled back and used in a more appropriate place. SWIFT needs to work in the areas that are under-serviced. That money could go to helping those that are in real dire straits, with no access to a nearby city to pull fibre from to get internet access. ”

Despite the new competition, Mullis said he has no plans to cut back his expansion or sell off his infrastructure. He noted the funded roads are ones with higher house densities.

“Rural properties still get the mega shaft in this funding plan,” he said.

“We will continue with our plan. We just may speed things up. Even today we continue to spend more and invest more into this build. We will spend probably upwards of another $500,000.

“Our service will include those roads no one else wants to touch. In this area we will add 400 more fibre subscribers and we will continue branching out into the far sticks once that’s done, going the extra kilometres to hit that one house.”

One strategy used by Wireless Farm is to obtain permission from rural landowners to trench fibre lines along their properties. He said this is quicker, safer and less expensive.

He added he believes SWIFT should ask all internet service providers (ISPs) operating in southwestern Ontario to provide their current coverage map and roll-out plans over 12, 18 and 24 months.

“SWIFT will then understand what is happening and their real areas of need,” he said.

Once fibre lines have been installed by one company, other internet service providers generally have the right to lease those lines, subject to regulations.