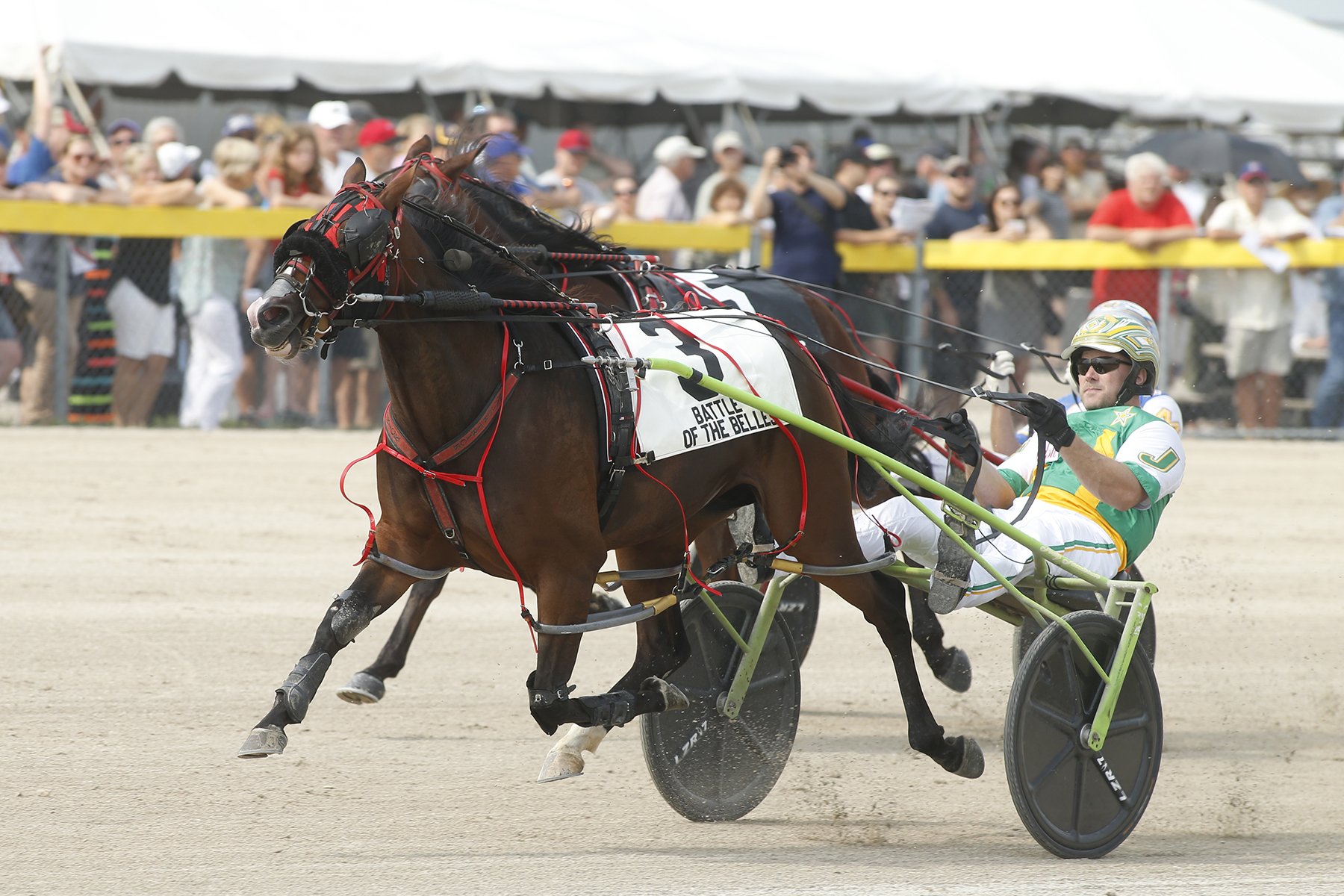 The Grand River Raceway will once again welcome spectators to Industry Day on Aug. 2. The event will feature the Battle of Waterloo and Battle of the Belles, above. Advertiser file photo

ELORA – The Grand River Raceway will once again welcome spectators at its signature races on Industry Day next month.

The event, which features the Battle of Waterloo and Battle of the Belles, will be held on Aug. 2, officials announced in a July 21 press release.

“With a post time of 12:30pm guests can expect an afternoon packed with racing entertainment,” the release stated.

The raceway, which just recently reopened to spectators, is able to accommodate 75 per cent of its capacity outdoors and 50% indoors under step three of the province’s COVID-19 reopening plan.

“Industry Day will return to its historic feel in 2021 with a crowd of 1,500 allowed in attendance,” states the release.

The track will offer “a host of dining options, including food trucks and access to the recently opened GrandWay Lounge and Kitchen.”

Elimination dashes for both finals will be drawn on July 21 and contested on July 26 starting at 6:30pm.

Entries for Monday’s elimination racecard will be available by clicking here.

Officials say more details will be released later in the week.