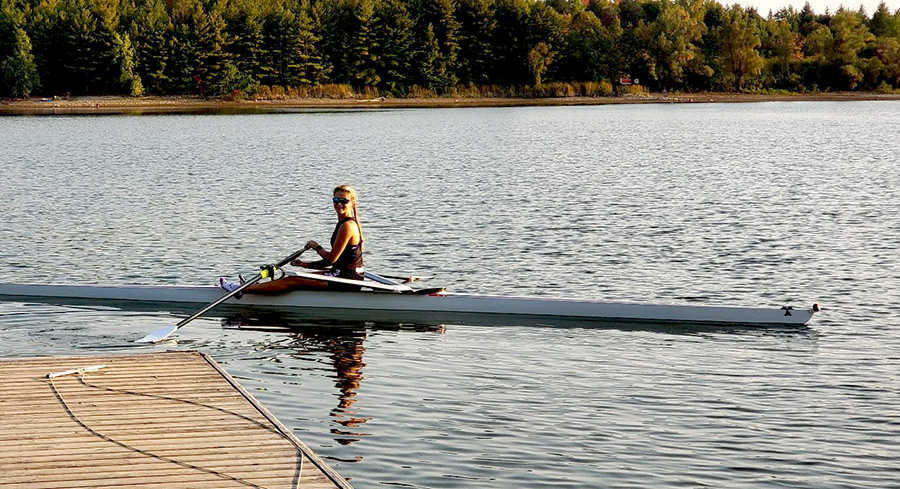 GUELPH – The Guelph Rowing Club has received a grant of $10,000 from the Canadian Tire Corporation, as part of the Jumpstart Sport Relief Fund.

The grant will allow the club to purchase additional equipment and enable young athletes to train socially distanced.

A Guelph Rowing Club press release detailed the accomplishments of several young athletes over the past five years, including multiple podium finishes and wins at championship regattas, receiving opportunities to compete with Team Ontario and Team Canada, as well as university scholarships.

In recent years, the club has seen an increase in interest from young women.

“We’re getting more and more young women who are smaller in stature that were interested in rowing, and not able to compete because they didn’t have a boat that fit them,” said Nancy Kielar, vice president and board member of the rowing club.

The problem, volunteer high school rowing coach Alexandra Glista, explained, is the single rowing boats at the club are limited, and ones purchased tend to benefit the widest group of people; typically individuals between 150 and 160 pounds.

In past years, a club member would lend her own boat to these young athletes. But as demand has grown, the issue of short supply has beomce a big problem.

“We both saw this, and we were like ‘oh my god this is what our club needs,’” Glista said of the grant and another rowing coach, Pearl Schachter, who wrote the grant application.

The funds will be used to purchase another boat, oars, and two pairs of shoes.

The new boat will be named ‘Jumpstart’ in honour of the grant program.

Talking of how young women tend to turn away from competitive sports as they age, Kielar said, “We really saw this as a way of providing an opportunity for young women to be engaged in sports.”

Glista added that the club tries to promote and create life-long athletes.

“I think the sport of rowing is such a dynamic life-long opportunity for these girls and if we can get them at a young age and get them excited by having equipment that fits them properly they’re going be successful.”