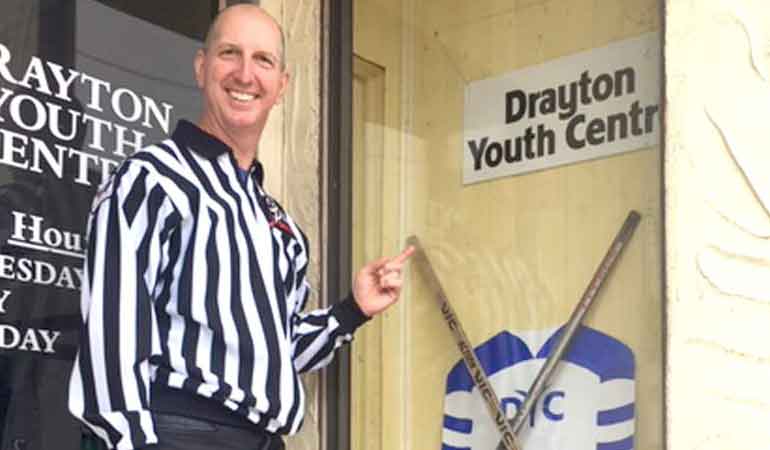 The Drayton Festival Theatre has been a part of the community for over 30 years, bringing productions like Grease, Beauty and the Beast, The Birds and the Bees to the local stage. This year it brought a Canadian original, Glory, to Drayton.

The inspirational true story of Ontario’s Preston Rivulettes women’s hockey team comes to life on stage in this new Canadian play that proves a woman’s place is on home ice.

In 1933, four friends set out to show the nation that Canada’s favourite pastime isn’t just a sport for men. As they fight through the Great Depression, prejudice and personal strife, these determined women overcome the odds and forge their own path to glory.

The play will be in production until July 19.

The idea of the competition is to help spread the news and good cheer by creating a public art project. A street hockey tournament was also held.

“We haven’t done this type of project before in Mapleton,” said Davidson. “It was exciting to see the participants and as these type of projects come forth I think we will have more and more involvement.”

The public art contest was for businesses and residences.

First prize went to the Pretty Penny in Moorefield, second prize to Blooms on Main and third prize was a tie between Jack Financial and Dobben’s Hardware.