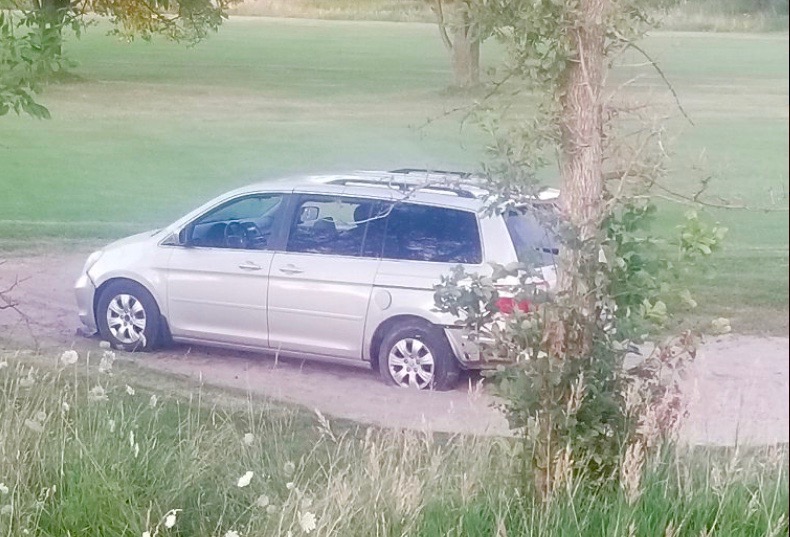 CENTRE WELLINGTON – One man has been charged after a van ended up in golf course bunker here on Thursday evening.

Wellington County officers responded to the Fergus Golf Club on Wellington Road 19 at about 7pm on July 30.

“It was reported that the driver of a grey van was driving aggressively in the area and lost control of the vehicle,” police stated in an Aug. 1 press release.

“The vehicle went through a ditch and came to rest in the sand trap on a golf course. Witnesses reported the driver fleeing the scene on foot.”

The driver was later located by the OPP’s Canine Unit in a nearby cornfield, police say.

Abdulrahman Abdulla Al-Abassi, 27, of Guelph, was charged with dangerous driving and failing to remain at the scene of an accident.

He is to appear in Guelph court on Oct. 6.