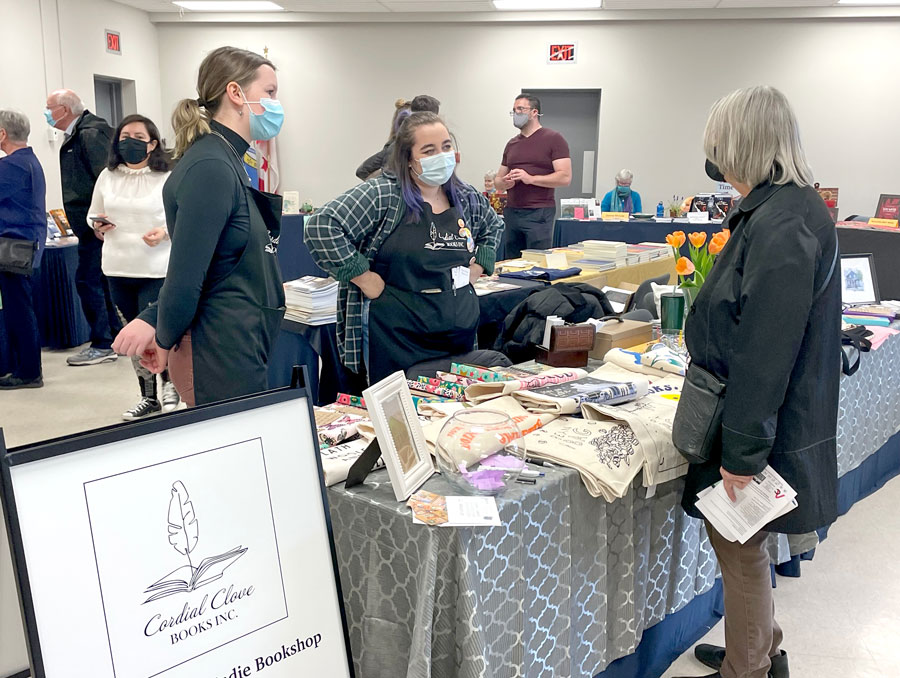 The kick-off event for the first Wellington County Writers Festival drew a crowd of book writers, book sellers and book lovers to the Wellington County Museum and Archives on April 23. ABOVE: From left: Hailey Cole and Gabby Silva of Cordial Clove Books Inc. of Elora chat with a visitor.
Photos by Patrick Raftis

ABOYNE – The inaugural Wellington County Writers Festival launched here on April 23 was a hit with writers and readers alike.

A total of 45 authors and book vendors were on hand for the event, which featured readings and storytelling sessions from 20 authors, at the Wellington County Museum and Archives (WCMA).

Festival chair and WCMA archivist Karen Wagner said the event was “well received,” with about 345 members of the public attending.

“Participants and attendees alike have let us know it was  ‘fabulous’ and  ‘well organized,’” said Wagner.

“Many participants have said they are looking forward to next year.” 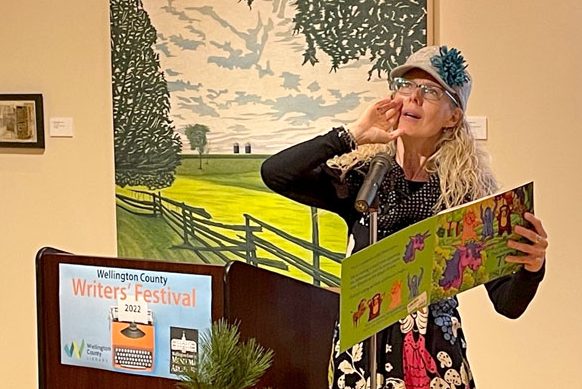 Stephanie Lines-Toohill of Elora was among the presenters at the festival.

“It’s a great opportunity to network with authors …. We’re just having a chance to meet our readership and to exchange a little bit of information and learn a little bit about the craft of writing.”

Shayne Coffin, a Harriston resident who has written and self-published five books of poetry over the past five years, said, “I think it’s a wonderful idea. It really brings out a whole different group of people and they come together to celebrate art and just the creative process.”

Coffin, who was raised in Guelph and lived for a time in Fergus, said he found the festival had some “pretty busy periods” and “a good rotation of people” passing through.

Celtic poet James Lafferty of Guelph was also impressed with the event.

“I’m delighted to be here. I think it’s a great venue for what we do. Being a writer is a very solitary place,”he pointed out. 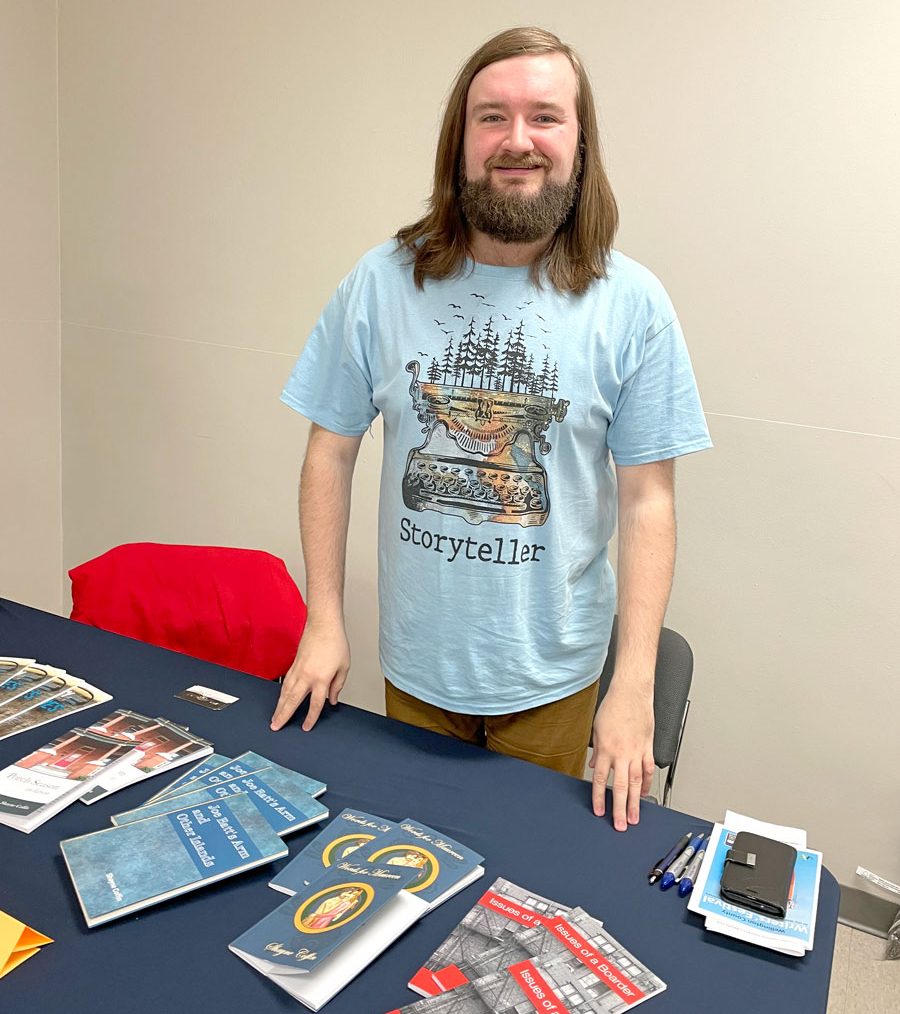 The Wellington County Library is planning a series of Writers Festival events through May and June, including:

The closing event and summer reading club launch will be held at the Hillsburgh Library on June 25.