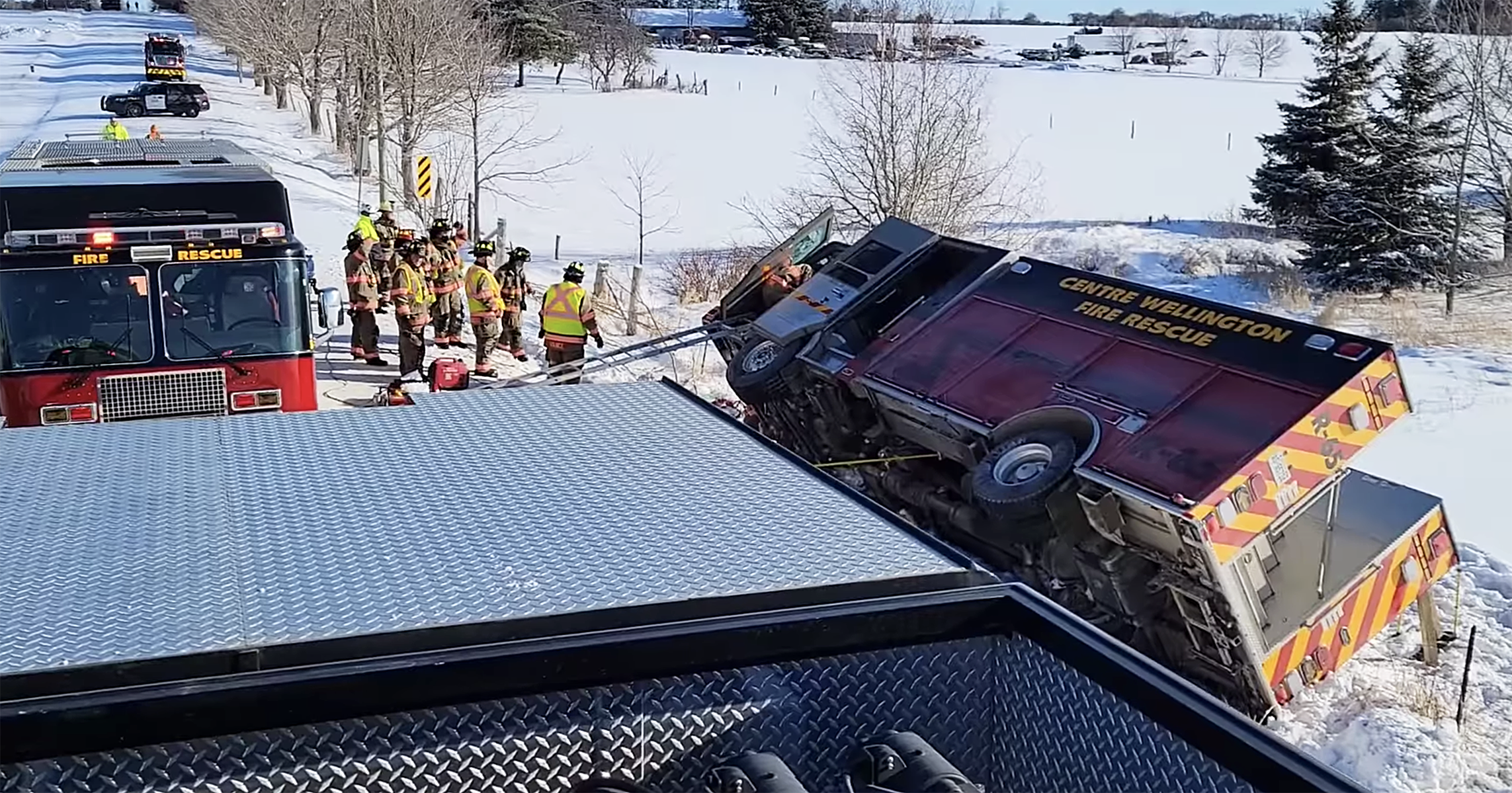 CENTRE WELLINGTON – A local firefighter was airlifted to hospital on Tuesday after a fire truck went into a ditch during a call.

At 9:34am on Jan. 25, Centre Wellington Fire and Rescue’s Elora station was called to Bauman Agri Systems on Sideroad 10 between Elora and Fergus for a “commercial alarm activation.”

In a video posted to Twitter, Wellington OPP spokesperson Josh Cunningham stated the truck left the road on Sideroad 10 near Wellington Road 7, northeast of Salem.

The truck can be seen on the video on its side in the ditch.

“One firefighter was injured and airlifted to a trauma centre [in Hamilton],” Cunningham stated.

“They are to be considered in stable but serious condition.”

Cunningham added, “Investigators, including the Ministry of Labour, are keeping this road closed while investigators look to identify the cause of this collision.” 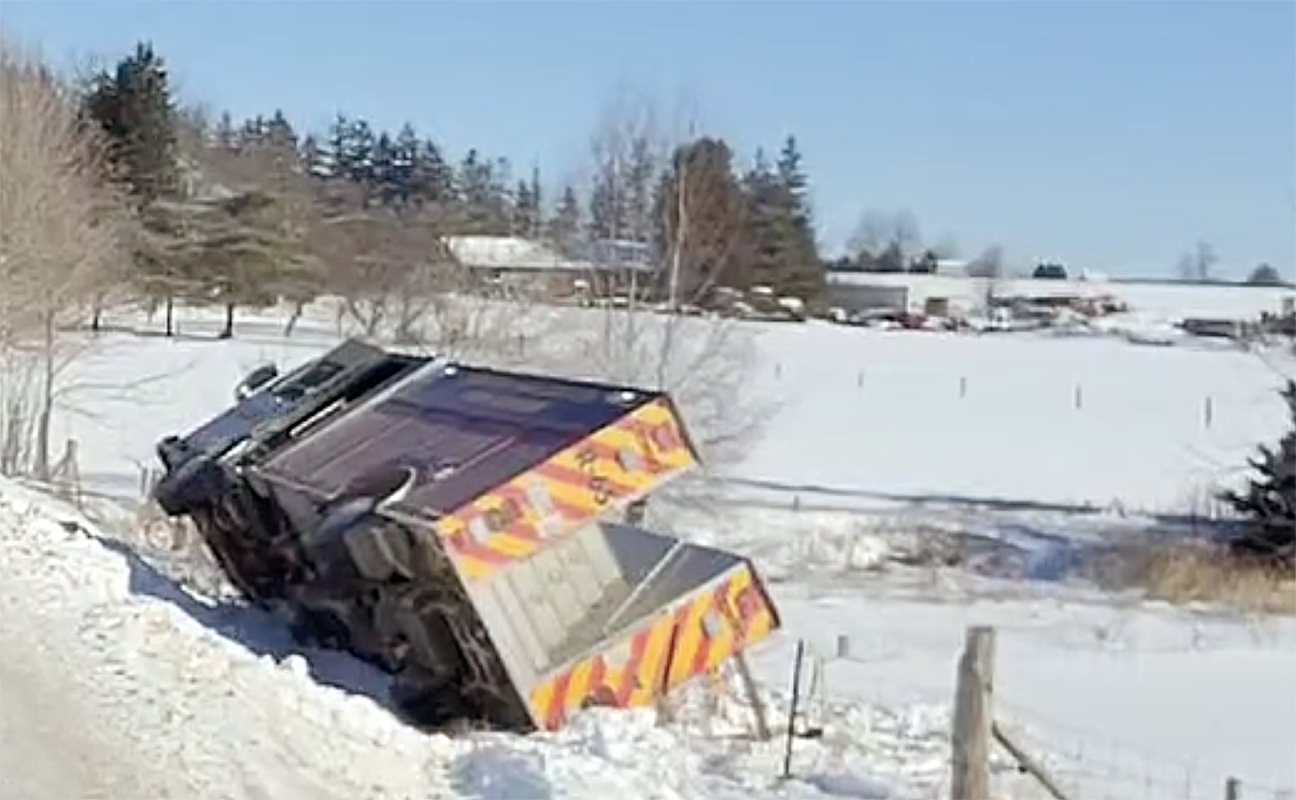 Fire Chief Tom Mulvey said in an interview the road was “hard-packed ice and quite slippery,” but couldn’t say more about the cause of the crash, as an investigation is underway.

He also wouldn’t release the name of the injured firefighter.

However, Mulvey said four firefighters were in the cab of the truck and one became trapped when the fire truck slid into a ditch and tipped on its side.

The firefighter sustained cuts to his face and injuries to his legs and had to be extricated.

“We’re not sure of the extent (of his injuries) but he was talking and conscious and knew what had happened,” Mulvey said.

“The firefighters did a fantastic job with the extrication. When it’s one of our own, it’s a brand new ballgame.”

He said a critical incident stress team is available to firefighters struggling in the aftermath of the accident.

Fire services from other municipalities have offered the use of equipment and vehicles should Centre Wellington need it.

“We won’t be lacking in service,” Mulvey said.

“I’ve dealt with trucks in accidents before, but never a firefighter injured like this. It’s something you never want to see.”