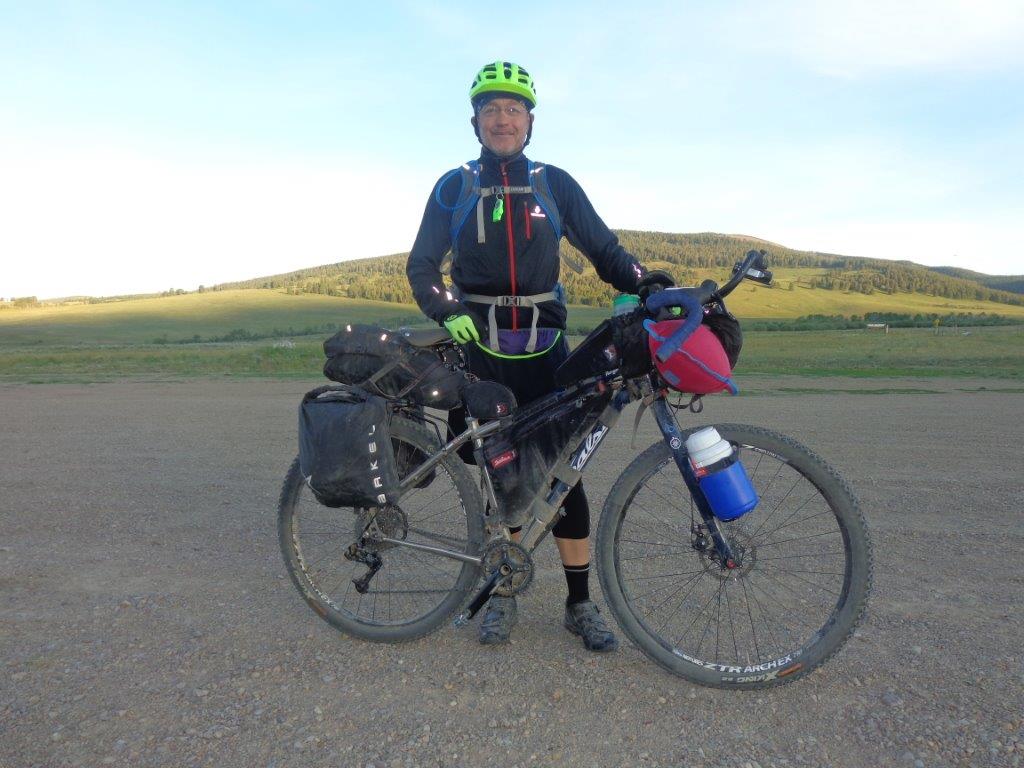 Tough trek - Fergus resident Peter Viol is set to start a 3,400km bike trek from Banff, Alberta to Tuktoyaktuk, NWT on June 10. The trek is raising money for the Regional Cardiac Care Centre at St. Mary’s General Hospital in Kitchener. Viol also hopes it will bring awareness about heart disease in women, which remains under-researched and under-diagnosed. Submitted photos

FERGUS – Peter Viol is no stranger to danger.

The route, which he has dubbed the Midnight Sun Tour, will take him from Banff, Alberta to Tuktoyaktuk, NWT to raise money for the Regional Cardiac Care Centre at St. Mary’s General Hospital in Kitchener.

The tour will be self-supported, meaning Viol will ride alone without a follow vehicle.

It  will take Viol through grizzly bear territory and areas potentially affected by wildfires. Still, when he spoke to the Advertiser on May 29, Viol said he is ready.

“I am feeling good. I feel prepared as much as I can be,” said. “I mean you can never totally prepare for these rides, because they all take on a flavour of their own once you start and this one is no different.”

The Midnight Sun Tour is also Viol’s first long haul ride since a rotator cuff injury sustained during his Appalachian tour last year. The ride was meant to take him from Alabama to Upper New York state before heading to Kingston, Ontario and  then home.

“Unfortunately on that one I fell on the second day and tore up my shoulder and I wasn’t able to continue, ended up having surgery and I am just now recovering from that rotator cuff surgery on my left shoulder,” he explained.

Viol was doing physiotherapy on his shoulder all the way up until the ride. This time however, the route was designed so that he won’t have to cross any mountain ranges.

Instead, Viol will be following the Rocky Mountains and then the prairies before making his way to the Dempster Highway.

“This is an interesting ride because the last 900 km approximately is gravel so it is a bit rough,” he said.

“The other thing that makes it a challenge is that there is limited points for resupply when you get to Dawson city and you are heading up to Tuktoyaktuk you have got to be prepared to look after yourself for the eight or nine days that it is going to take you to get up there.”

Viol will also have the opportunity to meet up with his nephew, Clark Viol, during the last leg of the journey.

“He won’t be following me kilometre by kilometre, but he will be in the area and we will meet up at the end of each day so that is going to be a huge support,” said Viol.

He does not organize the fundraiser alone; he receives a large amount of support from St. Mary’s General Hospital Foundation and the Waterloo Regional Police Service, including when it comes to picking his route.

This is Viol’s first time travelling to the Canadian northwest. After he completes the journey, he will have ridden through areas that cover North America from the Atlantic Ocean to the Pacific Ocean and from the U.S.-Mexico border to the Arctic Ocean.

“It was the opportunity to see the Canadian North,” he explained. “I have never been up there. It’s a part of Canada that not all Canadians get to see.”

Fundraising for the trek had already raised $40,000 for the cardiac centre when Viol spoke to the Advertiser.

It’s a cause that is close to Viol’s heart. In 1983 Viol’s wife died following a heart transplant. A year into their marriage she suffered from cardiomyopathy, a disease of the heart muscle which, according to the Heart and Stroke Foundation, reduces the heart’s ability to pump blood to the rest of the body.

“She ended up having a heart transplant, but the medical team couldn’t get the exchanges of the gases in her lungs to work properly and she died only six hours after surgery,” said Viol.

Heart disease in women is under-researched and remains under-diagnosed in Canada. According to a 2018 report from the Heart and Stroke Foundation, two-thirds of heart disease clinical research focuses on men.

The report also found that heart disease is the leading cause of premature death for women in Canada. Women are five times more likely to die from heart disease than breast cancer.

“Raising money for the cardiac centre for me is something that I’ve always wanted to do,” said Viol. “This is the perfect opportunity to do it so that’s my motivation for raising money.”