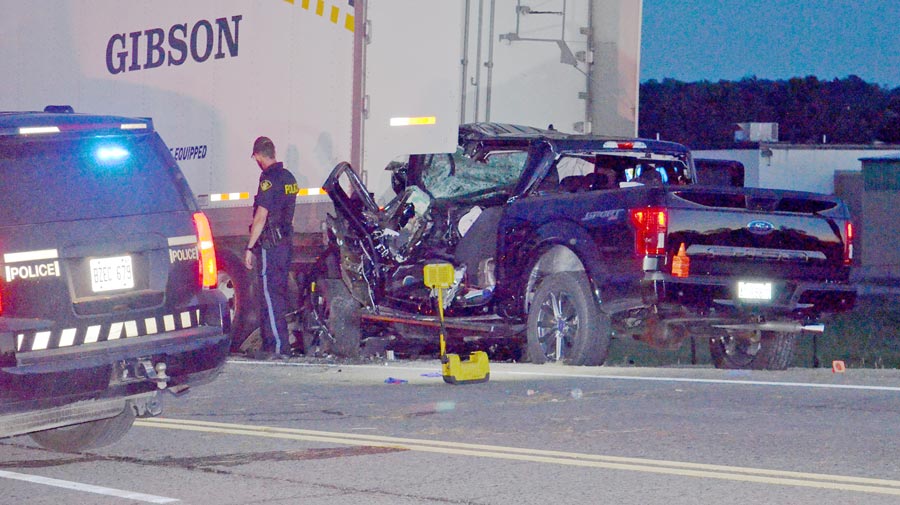 Fatal collision - OPP investigators are trying to determine the cause of a crash in Erin on June 25 that took the life of Brian Wilcox, 58, of Burlington. He was the lone occupant of a pickup truck that crashed into the back of an unattended transport truck, parked on the southbound shoulder of Main Street at 7:40pm. An Ornge air ambulance was called in, but the victim was declared dead at the scene. The accident happened just south of the traffic lights at Shamrock Road, in an area where truckers often park while going into the nearby Tim Hortons. Anyone who witnessed the crash can call 1-888-310-1122. Photo by Phil Gravelle