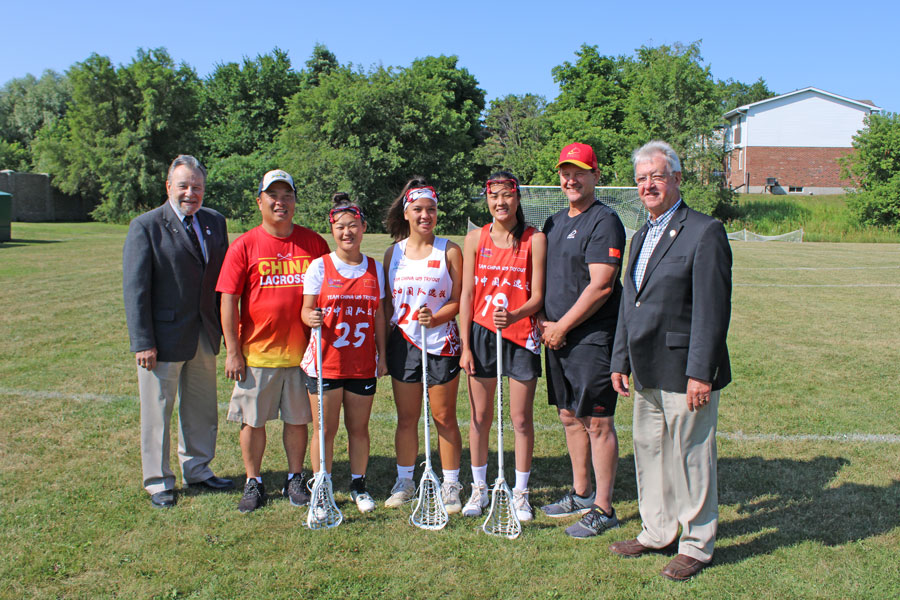 The team, made up of players of Chinese descent from the U.S. and Canada,  including Erin, trained for 10 days in town before heading to the World Lacrosse Championship in Peterborough on Aug. 1.

The town has a deep connection with the recently-formed team.

Coach Ted Sawicki is a retired national lacrosse player, an assistant coach on multiple national and international teams and a resident of Erin.

He and fellow coach Dave Shen live in Erin. Training the team in town, Sawicki said, just made sense.

“Dave and I live really close by; it was really convenient, we’ve got the nets and it’s just really easy,” he said.

As assistant coach to the Canadian women’s team two years ago at the world championships in England, Sawicki reached out to contacts living and working in China about getting a team together to represent the country.

Sawicki’s two daughters both play lacrosse and were adopted from China. Along with Shen’s daughter, Ashley, they qualify as Chinese nationals, giving them the opportunity to compete on the world stage.

“We built the team; we put out the word and we got girls from a school in Shanghai and then we were able to get some more experienced players who are eligible from the U.S. and Canada and we entered the team,” explained Sawicki.

While much of the group played together in a Hong Kong tournament in April, for others the World Lacrosse Championship will be the first time playing on the team.

The mixed experience of the team has also meant the players vary in their skill levels. 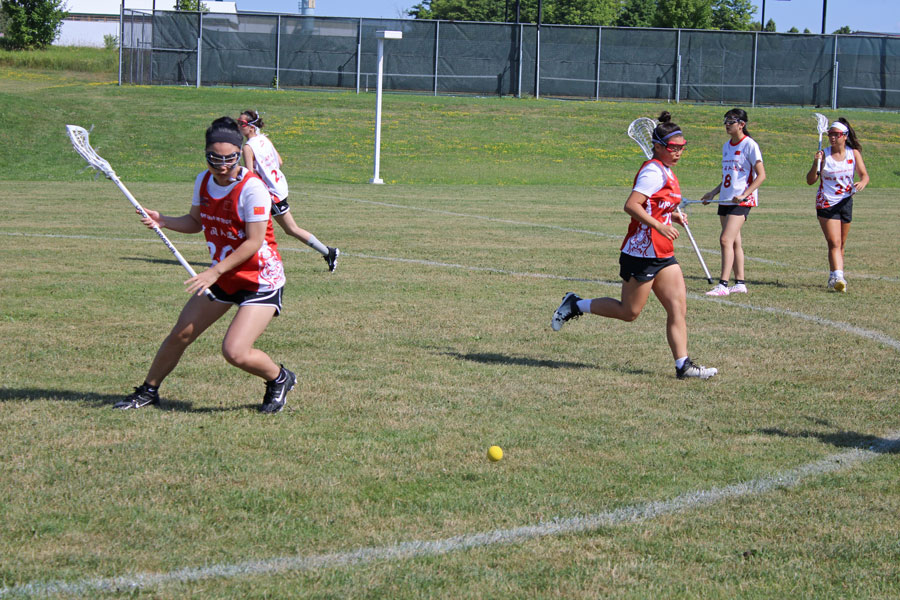 Team China – The town of Erin hosted the Chinese Women’s U19 Lacrosse team ahead of the World Lacrosse Championship in Peterborough starting Aug. 1.
Photo by Aryn Strickland

Esu (Xiru) Yu, has been playing lacrosse for just two years. She was introduced to the game when she started studying at the Shanghai University of Finance and Economics.

“Very few people play lacrosse in China but my university, luckily, they have one lacrosse club and I just joined that club to play,” said Yu.

She enjoyed the opportunity to play a team sport and grew to love the game.

“I seldom play a team sport during my last 17 years because in China, many sports are just one-on-one, like badminton and many others, and there is hardly a chance for us to experience like you play with teammates, you encourage each other and feel supportive to each other and it’s great,” said Yu.

While the mixed skill levels present some challenges for the team, more experienced players like Phoebe Sawicki and Ashley Shen said they are grateful for the  chance to play on a national team and represent China.

Phoebe Sawicki has played lacrosse for 15 years and Ashley Shen for six.

Both have been offered placements at American universities to play lacrosse and their Orangeville provincial team recently won bronze.

“I think it is definitely a learning experience for all of us, just adapting to how people play and finding out where our strengths and weaknesses are,” said Phoebe Sawicki.

“Especially for me, because I was born there and I haven’t really gone back or experienced anything so just being able to play for the country … I am really happy for it,” she added.

Ashley Shen finds playing for a team with such diverse experiences one best parts of the opportunity.

“I don’t think I will ever be able to say I am part of a world championship again …We have people from the UK, the U.S. all playing for China, so I think just coming together to play for a country to represent something like that in a worlds is just really cool.”

While the team hopes to win at least a few games at the tournament, the overall goal is to increase exposure for the game in China.

“Most of the girls are on board for the development [of the sport] in China,”  explained Ted Sawicki.

“We are just going to give it our best shot and see how it goes and for me personally … it’s all about development.

“This whole thing is not just the heritage portion for my daughters, because now they have been back and embracing the Canadian game and bringing it back to China, as a father I am thrilled but as a coach and a person I like the development of lacrosse.” 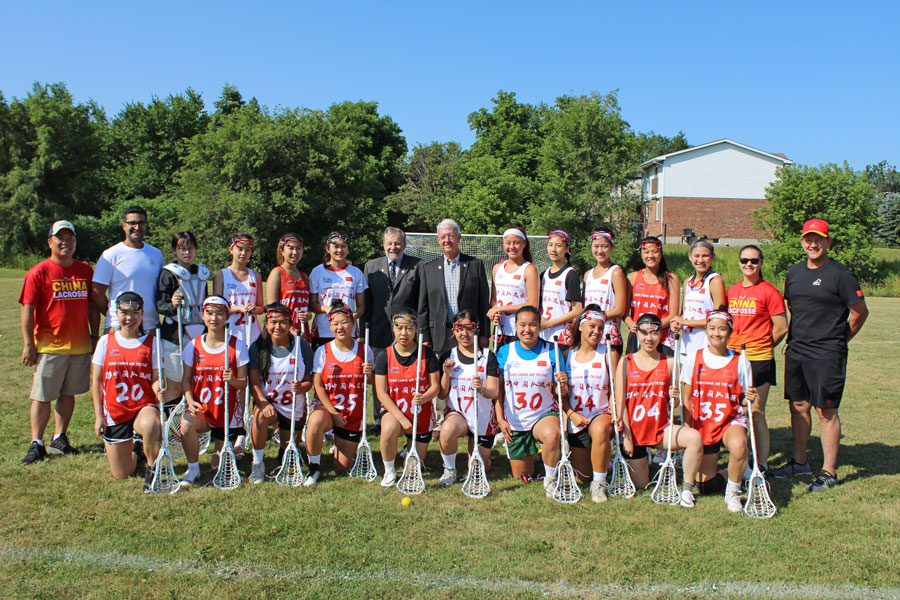