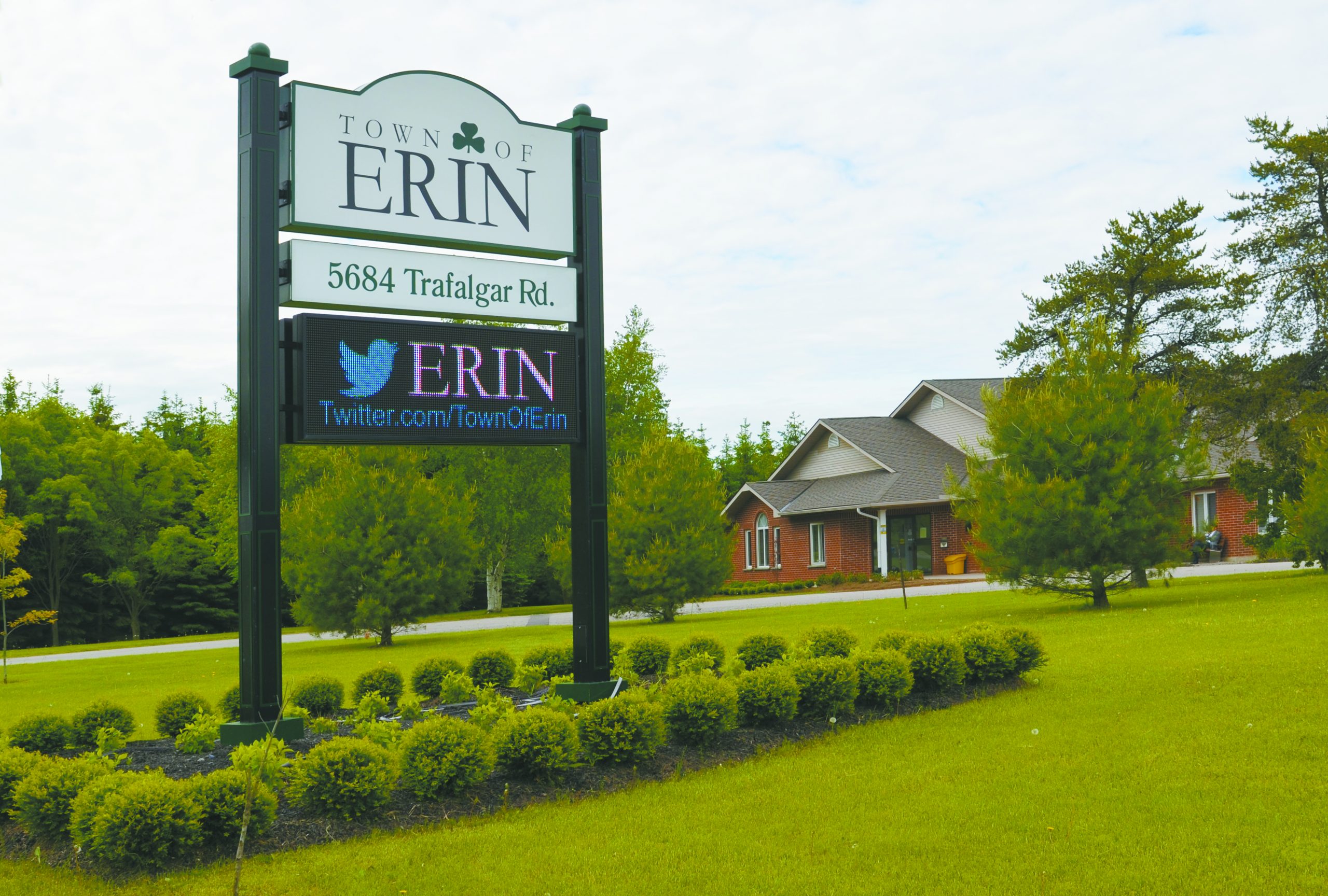 ERIN – Council here has awarded a contract to construct a sidewalk from Main Street to Centre 2000.

The sidewalk will be constructed at the north side of Dundas St. E. from Main Street to Centre 2000.

A quote for the construction of the 450-metre concrete sidewalk was posted electronically on the town’s bids and tenders. The deadline for the submission was Sept. 8.

Director of infrastructure services Nick Colucci said the town received a number of bids ranging from $102,000 to $280,000 and deemed the bid from Aloia Bros. Concrete Contractors to be acceptable.

Funds for the project will be sourced from the province’s COVID-19 Resilience Infrastructure Stream, which was announced in October 2020.

According to federal eligible criteria in the active transportation category, the Town of Erin has received maximum amount of $100,000 to construct the sidewalk.

Since the bid received from Aloia Bros. Concrete Contractors Ltd. is above the amount received, staff has recommended council use the sidewalk repair operating budget to fund the remaining amount.

Council has raised its rates of remuneration, resulting in an average annual increase of $540.

The rates established in the bylaw will apply to the next term of council.

During the meeting, council received the report prepared by director of legislative services Lisa Campion and approved the proposed bylaw to allow for the increase in remuneration for council members.

Data presented to council shows the increases year-over-year for the two terms of council and two proposed options for the next term, including either two per cent inflation or a $100 increase.

According to the report, there wasn’t a noticeable difference between the two options from a cost standpoint over the total term.

However, in keeping with the practices previously adopted by council, staff recommended option two, the $100 increase over the last term of council.

This would result in an average annual increase of $540 in remuneration for members of council resulting in a budget impact of $2,700 increase per year over the next term.