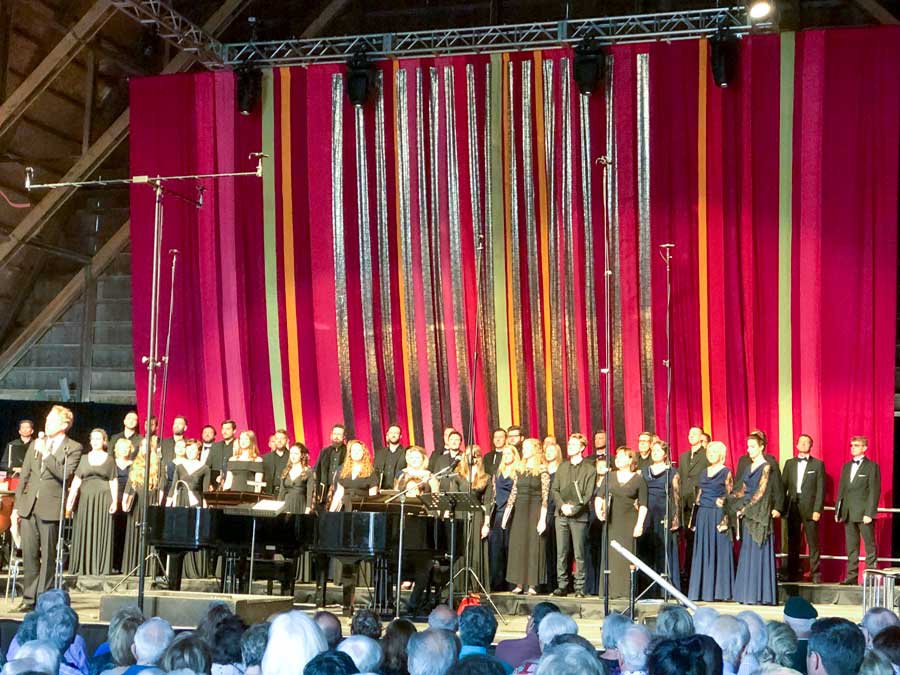 Opening Night - The Elora Festival celebrated the launch of its 40th anniversary with an opening night gala on July 12 at the Gambrel Barn. The evening included performances by The Elora Singers, with conductor Mark Vuorinen (artistic director), and special performances by the State Choir LATVIJA, with conductor Maris Sirmais, including a blending of the two choirs. TorQ Percussion Quartet shared the stage and guest Barbara Croall joined with the Elora Singers playing pipigwan, as they performed her piece, Giishkaapkag, in honour of missing and murdered aboriginal women. The second half of the evening was Carl Orff’s Carmina Burana, that included soprano Jane Archibald, baritone James Westman and countertenor Daniel Taylor. The Elora Festival runs until July 28. For more information visit elorafestival.com. Photo by Kelly Waterhouse