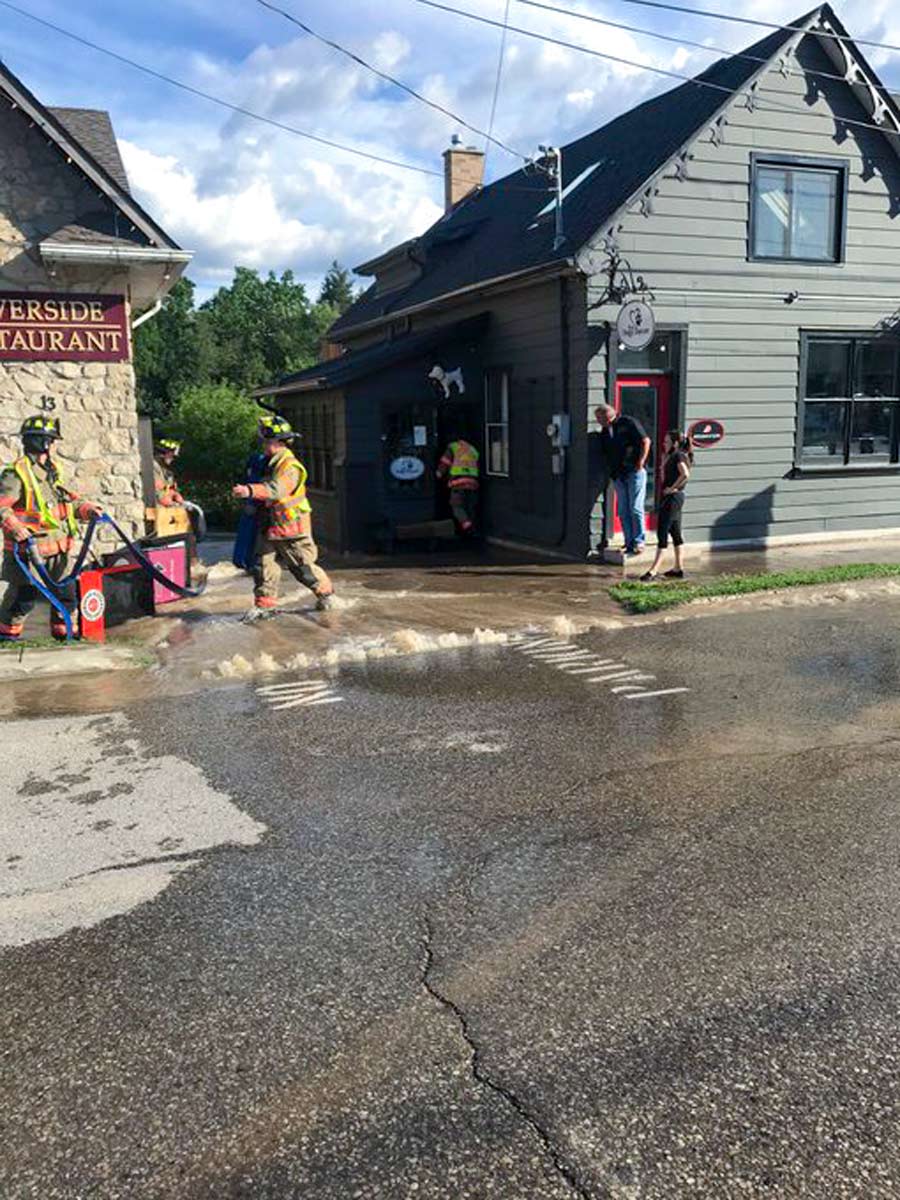 Flooded - A watermain break on Mill Street East in Elora on July 30 caused a basement to flood in the nearby Doggie Day Care business. Submitted photo

ELORA – A watermain break in downtown Elora shut down a portion of Mill Street East on July 30 and 31.

“Turns out that it was not a sink hole, just the road was starting to crack which is not uncommon for a watermain break when all the water comes up through,” he said.

The watermain break occurred in front of Elora Doggie Daycare between Metcalfe and Geddes Streets  on Mill Street East.

The business’ basement filled with water and the fire department used a submersible pump and a wet/dry vac to clean out the water.

“Fortunately we were able to help that one business and try to get as much water out of the basement as possible,” Karn said.

The fire department also helped to divert water from the Cellar Pub and Grill, located next to Doggie Daycare.

He said no evacuation was necessary.

Mill Street East was closed between Metcalfe and Geddes Streets and public works was on scene quickly to shut off the water to repair the watermain.

Karn said area businesses were impacted because their water was turned off from about 6:30pm on July 30 until 4am on July 31.